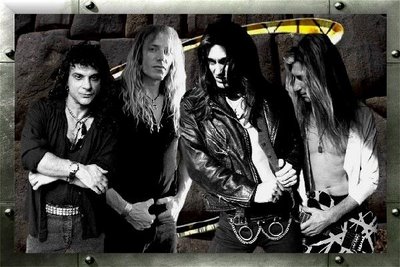 So I wandered the strip of Baton Rouge, searching for The Reign, even though I knew they were playing at a fraternity house. When I ran out of strip, I wandered further- following a string of clues associated with the Greek culture- broken glass, drunk and crying girls, Rebel flags, and the song “Josie’s on a vacation faraway” blaring on endless repeat.

The entire block of fraternity houses appeared to be engaged in civil strife, the area looked like a Union brawl was taking place down at the docks.

Then I heard the boys.

Prepared to drown my broken heart in keg beer and cover tunes, I entered the house unimpeded and witnessed a very ugly scene developing. the band was done, and they were arguing with a bunch of drunk frat-boys who were looking to fight, rather than pay for the soundtrack that had gotten them so wasted. There was a squaring off of forces. I joined my team for the ass-kicking we were likely to receive. It was a watershed moment for me.

I was with the band-man!

There were threats and some shoving, but we got out of there with a check, then we spent the night waiting to cash it in a parking lot somewhere, as far as I can remember.

The guys were truly compassionate about my failed mission with Jennifer, as I was to theirs. What kind of town spurns true love and disrespects rock-n-roll? We had to get out of there.

18 years and a few bike rides later, Terry and I realized for the first time that we were in that car together, thumping along I-10. The Reign is long disbanded and Jennifer is probably a soccer mom in some charming coastal community.

Maybe I should look her up?

The truth. That is the only way to possibly get through the story.

I remember little to none of our conversations during the long ride to Baton Rouge and back. Aside from the review of events that have yet to transpire in this story, it is a distinct probability that much of the conversation was, if not over my head intellectually, most certainly over my head in the realm of life experience. I was a sophmore on my transcript, but I was a true freshman in the school of hard knocks. What might I have said at 19 years old about the world? I like Run D.M.C? College is cool? I just shaved my legs for my first triathlon? I don’t eat cheese? Or did I do better than that? Did I take advantge of the chance to ask questions? Who knows? If not the three of us, then nobody will ever know again, and that’s OK too.

Anyway, the details, or what I recollect…

Within one hour of THE REIGN dropping me off at the LSU campus I had reuinted with my first true love, endured an abrupt realization that although I was learning a valuable life lesson, I was most definitely not in love.

I remember arguing about something desperately wise and political before storming off. I would have to consult the periodicals of the era to venture which indignity I was struggling against.
Was it Big Cheese? The Berlin Wall? The lack of a Berlin Wall? I do know for certain that I stopped in the lobby of her dorm and used a toilet underneath the stairs to emotionally, symbolically, and quite physically evacuate her from my system.

I was hopelessly lost and alone in Baton Rouge. The drinking age was 18 at the time.
I walked into my first ever bar and ordered my first ever Scotch, and I hung my head with the “you thought you were in true love, but now you know you have no idea” Louisiana blues.

I knew, somewhere near that campus, THE REIGN was rocking, and I had to find them.

Not a bad go at it I think, 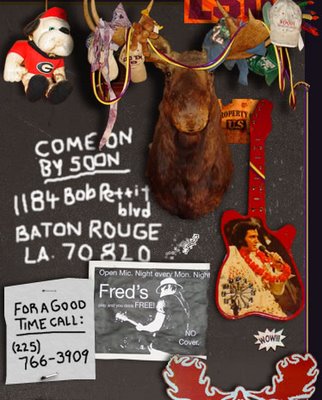 I have a story so strange I am not sure how to tell it. It involves a quest to find my first true love, my first college road trip, and Terry the Human Wrecking Ball.

It is a story so odd that I find myself incapable of determining where it begins and where it ends. As the Wrecking Ball said, it feels like meeting yourself coming and going, or something like that.

The year was 1984 and I had a girlfriend, Jennifer. Her sequined, brace-covered teeth reflected the lights of the roller rink as we held hands and skated to Bonnie Tyler’s “Total Eclipse of the Heart”. It was our song. I had a girl, and we had a song, and those were the days.

By 1989 I was a freshman in college and Jennifer was gone, a shining and chaste memory slightly tarnished by a string of other girlfriends, other braces. My heart had like, totally eclipsed-until I received her letter.

Baton Rouge was great, she was a freshman too, she still thought of me. Did I still think about her? As the plastic hearts and spangles spilled across her words and the air filled with the scent of her perfume Le Jardin-spritzed across each page of a letter with the heft of a Sunday paper- “Yes! Yes I still think of you too”, I told myself. We were in love were we not?

But how to get to Baton Rouge, Louisiana? I was already as far away from home as I had ever gotten myself. This was going to take some work, and I was a young man poorly connected, but my big sister- Libblyllama- she was a Senior and she knew a thing or two.

Within a few weeks I was rolling on I-10, deep into a part of the South I had never seen before, with people whom I had never met before, except for John K, my connection. I was rolling with THE REIGN and they had a gig in Baton Rouge. Swept up in the romance of my tale, they had agreed to carry me right to the doors of Jennifer’s dorm, then they were off to play a gig at a frat house. The future looked bright for all of us.

And now I begin to lose the flavor of the journey, the essence of this story, which ended- or did it begin– just yesterday, 18 years down the trail.

Please be patient as I collect my thoughts, they are littered across the years.