There was a time in my life when I was hesitant to pursue the work I do further than I had already. Too deep into one thing. Too committed. Don’t want to get too invested in all of that. Like everyone I assume, I see my life as an epic narrative, and settling into a career in human services, or social work, or whatever you want to call it- might not offer me the full array of experiences due a young Viking warrior. I don’t know who you are in your epic narrative, but I am a fucking Viking.

On the other hand, I was getting pretty sick of carrying a bunch of lousy food to all those crappy people when I wasn’t out questing or berserking. Still, I was intrigued and fascinated by what goes on at the edges of society where people have no luxury of being fake or maintaining pretense. I could provide some kind of support to keep them together when their world is falling apart. Something like a tuna sandwich. Shoot some hoops, make some phone calls, watch Men in Black again. I knew I was going to continue, but part of me, the part that finally crossed the Mississippi river at 23 years-old, wanted something more. That me wanted some kind of insurance policy that it would be an okay decision.

I keep picturing all these little kids playing some game in a big field of rye and all. … Thousands of kids, and nobody big at all, nobody big but me. And I’m standing on the edge of this crazy cliff. What I have to do, I have to come and catch them. If they start to fall … and don’t look where they’re going. That’s all I’d do all day. I’d just be the catcher in the rye and all.

…and I thought, “If it isn’t what you are supposed to be doing it’s good enough for now.” 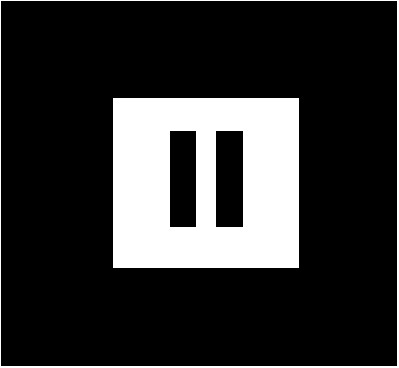 Man, what beautiful weather we are having these days. The air is soft and quiet, the sun shines, and all the little plants that got torched in the freeze are making another go of it. In principle, I do not subscribe to the “everything happens for a reason” school of thought, much less the “silver lining behind every cloud” contingent. I can’t get on board with that at all. I am more aligned with the “Things fall apart” school of thought- the “rust never sleeps” crowd.

Tearing a hole in my leg at the gym has been kind of good for me. Something needed to slow me down. I do good when I’m on a schedule. Although I resist and complain, always willing to abandon common sense in favor of late nights and great conversation, I am a “Wapner 4:30” kind of guy. Routine calms me.

Fearful of the MRSA virus which no doubt lurks in that septic tank of a gym I became nervous about the redness and swelling surging away from the laceration. Now my tetanus shot is up to date (whatever that is) and I’ve got some bacteria hunting drugs. I usually let my body scrap it out with all invaders, but this is the gym we are talking about. Those places are filthy. Besides, the real benefit to the drugs is that it puts me on lockdown. No drinking allowed. That means no late nights, empty calories, or squandered loot.

All I have to do is stare out the window and wait. 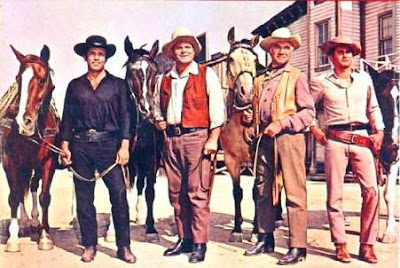 I guess it is two’ fer Tuesday around here, but I can’t let this pass without recognition. The last of the Cartwrights has passed away. Pernell Roberts, aka Adam Cartwright, is gone. The Ponderosa is silenced forever, as none of the brothers had children as far as we know. There wasn’t a lot of dating on Bonanza, although Lord knows Hoss yearned for a girlfriend. I became a fan of Bonanza while living in Barecelona. The Cartwright family taught me to speak spanish. I have mentioned this before, so you two readers who remember it can forgive me. Every day at lunch I would sit down with a tuna bocadillo to watch Bonanza and follow along with their overdubbed dialogue. Eventually, the stucco guys working on the scaffolding outside got intrigued by the show and they would troop through my fourth floor window, lunch pails in hand and we would all crowd on the couch and watch the forthright Cartwrights make their mark on the west. The stucco guys called me “Bonanza.” I liked that.

With the easy storylines and three new language coaches my spanish progressed rapidly, and I am proud (orgulloso!) that I retain a good bit of it today.

CNN had this to say about Pernell Roberts.

Roberts, a native of Waycross, Georgia, spent much of his adult life “pursuing his dream of equality for all,” according to a family statement released by his lawyer, Richard Stone. Roberts walked alongside the Rev. Martin Luther King Jr. in the historic 1965 march from Selma to Montgomery in Alabama, the family said. “On the set of ‘Bonanza,’ he protested the use of all-white crews and guest stars, finding some support but never enough to satisfy his sense of outrage,” the statement said.

R.I.P. Pernell Roberts, aka Adam Cartwright- borderline outlaw on and off set.

I had an accident at the gym the other day, and no, it was not in my pants. I was showing a friend how to use a machine and in demonstrating the importance of a safety feature I sent myself into a world of pain. There was not much weight on the device so it only chewed a divot out of shin, rather than chop my entire leg off.

I passed on stitches, mainly because it seemed like a terrible way to spend a Sunday afternoon, so I went with the DIY method. I think I’m going to live. I don’t want to get a dose of the MRSA or the leprosy though, so maybe antibiotics and a tetanus shot would be a good idea. When I suggested this to S’quatch he laughed at my mincing and dandy ways. I suppose he thinks I should rub dirt in it, or roll around on a rest stop bathroom floor to toughen my immune system?

I’d post a picture, but it might not do the injury justice and then I would have the ridicule to deal with along with the blunt force trauma.

The lesson here? The Gym sucks. 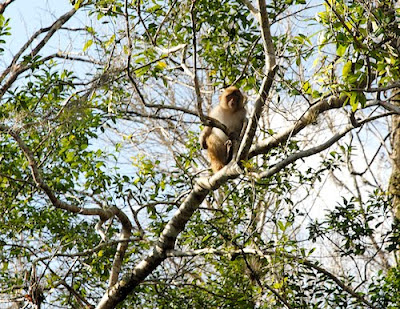 My left crank arm sheered off my bottom bracket on Friday and that ain’t code. With the Titus Racer X admitted to ICU down at Joe’s Bike Shop I can relax- take that mountain bike monkey off my back for a couple of days. I wanted to focus on my road biking more anyway. My cruiser riding? Hackey sacking? Sport Tree Climbing? Anyway. I do things besides ride a mountain bike. Lots of things.

Speaking of sport tree climbing, or arboring, or tree-peaking- the Hogtown heroes were out on the Silver river last week bagging crowns when the Mayor of Hogtown himself snapped this picture of one of the Silver River Monkeys.

This is true, actually, and not some BRC lie like the other 380,000 words in this blog. There are wild monkeys in Florida. I’ve not seen them yet, and I’m not sure I want to see them. Look at that thing. That’s a Bull Rhesus right there. He could tear your thumb off. 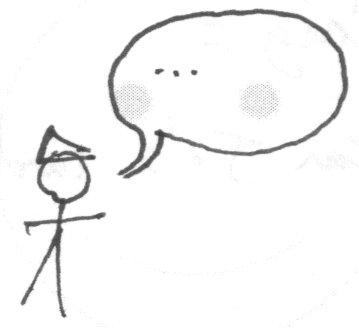 I feel like we never talk anymore. That’s OK. Silence is golden. 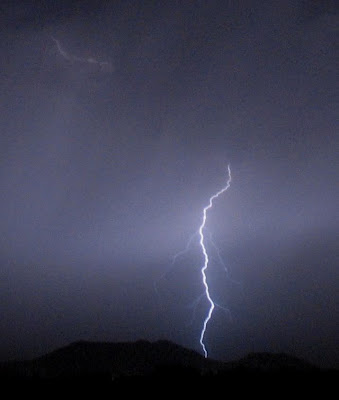 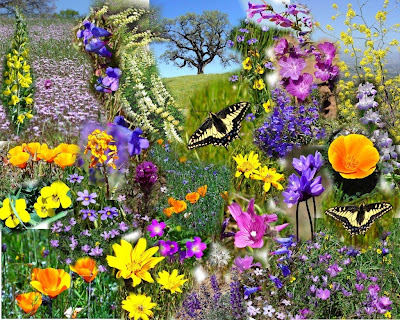 I woke up yesterday to a morning so soft and warm and beautiful that I immediately felt at least 6 weeks younger. Rather than shuffle across the hall to the home office in my Teletubbie suit and spend the day saving the world, I switched into Power Ranger mode and put on some lycra. The next thing I know I’m pedaling to work! That’s right, all the way across Myers park to the satellite office! It is at least 4.5 miles if it is a foot. With that sort of motivation I just might stand a chance.

Of course it is grey/gray and foggy now and I am back in the fleece papoose writing to you folks, sooooo, we’ll see what happens. 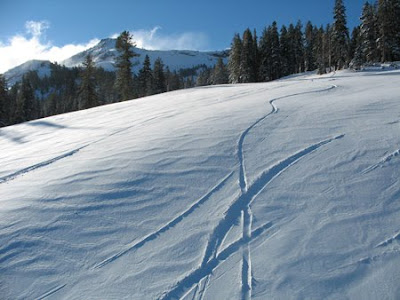 Although we enjoyed some snow in Florida recently, it was far from a fresh powder day. Around here it is rain that brings perfect riding conditions in the Forest. The trails were so epic yesterday even I rode my bike. 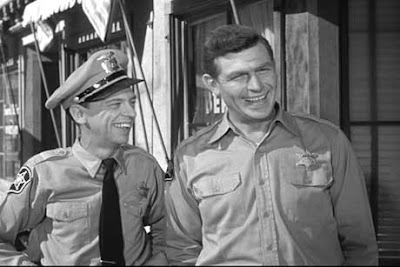 Maybe this is W’s chance for a Katrina do-over? My favorite part of the interview I saw was when Bill used the word “diaspora” and W’s eyes narrowed susupciously, as if he thought Bill might have called him a nasty name.

Oh well, good for Haiti. They must be relieved.

Meanwhile, it is still raining this morning in Tallahassee, making it something like a consecutive 40 hours of water. That means one thing- Munson & Twilight as soon as it let’s up.

I do apologize for the politics, but I can’t help it. Sending W to a disaster site is like letting Floyd Landis guard the medicine cabinet. Buuurrrn!