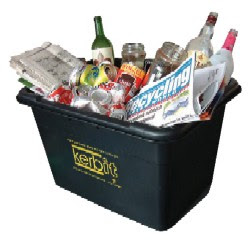 Every hit show from Grizzly Adams to the Muppets got by occasionally with a montage of flashbacks and dream sequences from previous episodes. Usually that is where the extra half hour came from for the special Christmas Episode. Fueled by his feverish tick dreams Sasquatch has been haunting and harassing the folks over at www.fatcyclist.com for their acute lack of imagination or their hero worship, or their rosy-cheeked Colorado gee whiz lifestyle by insinuating their mothers may have a less than noble attraction to him. I haven’t seen the old fella this worked up in years so I was inspired to pull together this special Labor Day episode of the bigringcircus I like to call-

What I seem to have is a tick bourne illness.

On Mystery the Untamable Stallion…

…When I unleash my eight stage plan for his destruction of which I’m only in stage 2, entitled, ‘Sasquatch Gets His Miles On’

upon dusting off his mountain bike…

The Lord has spoken, you bitches. Get ready to testify. It’s knobby time.

If you want to spot the Squatch, you’ve got to understand his wily, unpredictable, and explorative nature.

Low, Medium, and High made that baby the batmobile of bikes as far as I was concerned, and when it got stolen I was speechless for three days.

Rhino beetles are neither ferocious nor particularly dangerous.

Most pond skaters are wary and difficult to catch.

My leg’s a lot bigger than that.

Apocalyptic change is in the air.

It’s sort of like cycling meets tumbling, with a little less tuck and roll and a little more flail. Poetic flail.

And there you have it, random mutterings from our gentle giant. Not necessarily words to live by or anything but, it’s something, and it didn’t cost you a dime. 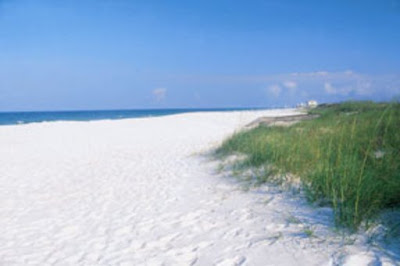 It’s that time again. Time to honor former British Prime Minister John Labor. I’m not sure why we get a three day weekend for some two bit foreign diplomat, but in light of the current occupant President’s Day doesn’t seem so special either. I’ll take what I can get. My crew (the extended 10th Ave/ Pole Barn family) is taking to the waters of Port St. Joe by johnboat, kayak, catamaran, and canoe to lay siege to the point of Cape San Blas for two nights. I should probably go ahead and give the Coast Guard a heads up since there will be a few powerful opponents to common sense in charge of this trip. Swim sprints across “Shark Hole” sound about right. 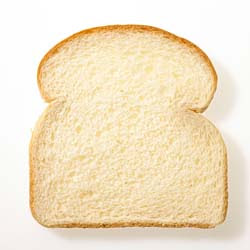 Some circus I tell you. No death-defying acts. No magic tricks. No amazing curiosities from across the sea.

Some circus I tell you. No death-defying acts. No magic tricks. No amazing curiosities from across the sea. I made the mistake of polling and trolling various cycling websites to see what the competition is up to, and I couldn’t believe it.

They all write about riding their bikes.

Typical fare is something like ” I rode down the mountain with a broken hip, then fixed a flat while waiting for the ambulance”. Other riders are taking pretty pictures and logging hundreds of solo miles in a weekend. Oh, they are a truly squeaky clean motivated bunch. They fight cancer. They tousle the hair of their tow-headed children. They pursue pr’s or pb’s and whatnot. They enter events, participate in group activities, and show up at city commission meetings to dispassionately advocate for bicycle safety and increased usage or whatnot.

Juancho doesn’t like the heat, and lots of other things about riding.

Juancho thought golf was awesome for about two weeks.

W.B. wrote an inflammatory post on mtbreview back in 2004?

Not exactly where you come for inspiration is it?

I think I wil start branching out to book and movie reviews, recipes, and of course, more pictures of kittens and ice cream. 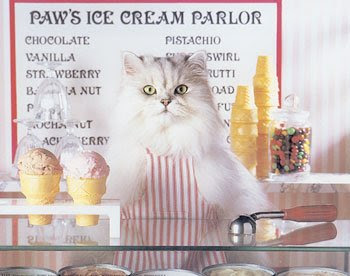 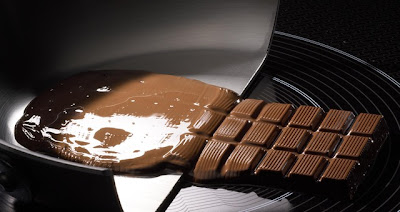 Melting like a pot. Melting like your heart for me. Melting like Frosty. Melting like fondue, and that wicked witch. The ride this morning was hot baby, and I know, I should have been here two weeks ago. Hi-tops was strong like a metronome. I was the butter, he was the churn. The whole time I rode in a silently horrified state, unable to find the soggy, waterlogged breath to voice my disapproval. Out on the turf of the Miccosukee Greenway, or the “green desert” as it was called today, the soaked earth of last night was giving up the convection with vigor today. 20 miles of convective vigor, that’s what it was- and I don’t even know what that means. On the final leg I came across a beatiful sight though, Ole’ T.C. Wreckin’ Ball Zipper Neck himself was out logging some secret rehab miles. I believe the man has been confined to quarters for upwards of three months at least. If not for the fear of appearing sentimental I would tell you how great it was to see him back in the saddle, but you will just have to go without that information. By the time I crossed his path, ‘Tops was a few minutes up the trail on me and I was more than ready to make like Fat Lad and “have a chat”. All I lacked was pints and cake. 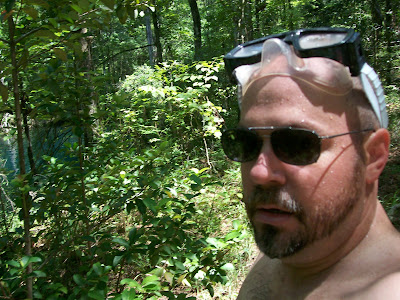 Why does Oprah put her picture on the cover of every single issue of her magazine? Don’t you think that’s a little weird?

I guess that’s what it takes to make all that money.

Lucky for you folks I don’t think like that.

Ride? It’s too damn hot to ride. You could die out there.

Back home in the squishy South, the air hot and moist like the inside of a bagel, I didn’t waste any time getting in some cold water. 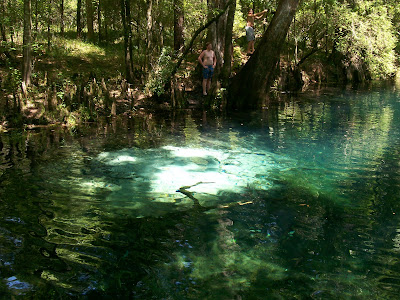 Squatch and I played some hooky and rode around exploring “The Sinks” in Wakulla County. 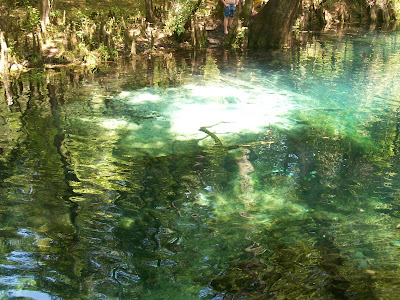 Swimming down into a couple of these holes you stare deep into the abyss. A lacing of Cypress trunks, murky green moss, and pocked limestone blocks the dark entrance to the Florida aquifer hundreds of feet below. If a prehistoric gator were to ever emerge from anywhere, it would emerge from one of these slumbering pits- but you try not to think about that and just enjoy the 70 degree gin clear water.

You can’t let a few monsters spoil a good time. 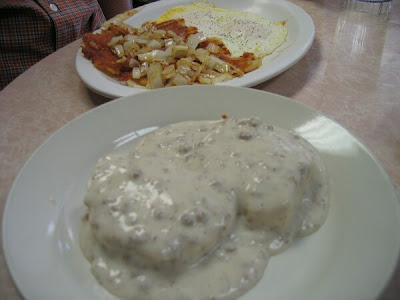 So I hear it is so hot my crotch will be sweating like this plate of delicious biscuits and gravy when I get home Saturday night. I’m OK with that I guess, it turns out you really can get your fill of mild, pleasant, sunshine-filled days.

I have heard that a person’s capacity for enjoyment and happiness is pre-set, like a clock radio you just plug in and it knows what time it is (oh yes, they have them!).
I think I have to agree with that, because I know some folks who are simply
jazzed about the littlest thing like Check it out this splinter only went a little way under my fingernail, I am so lucky! while others of us tend to mutter 74 degrees? I wish it was 73 degrees!

So, in a couple of days I will be home, asking y’all to pass the gravy, or better yet, just pour a little down my crack for me. 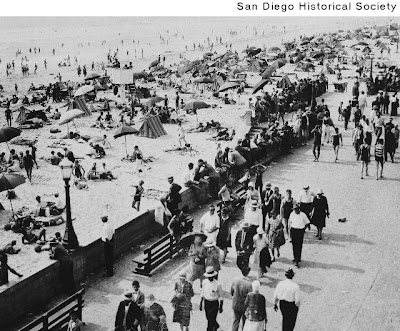 I saw a guy riding his bike with his surfboard in the side-mounted rack, his 4 ft. long skateboard under his arm, talking on his cell phone, while sipping on a latte. No lie.

I saw newborn babies at the hospital born with tribal tattoos. No lie.

In the war to defy the aging process, this is ground zero. No lie.

Me? I just ride the cruiser fast, envisioning every pretty blonde ahead in the distance(and they are all blonde) as one of you shmoes out there about to be dropped by me this fall when the real riding season starts. 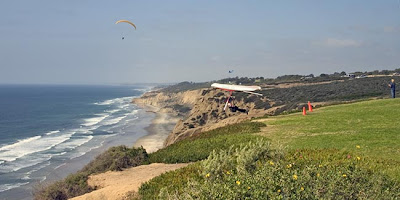 The “New Post” button was awful rusty today after getting such a long break. That’s the way it goes when new life enters the picture. That’s right, Juancho is an uncle again, and it’s a boy. I have already begun the lobby for a knobbie tired stroller.

The blogger buttons aren’t the only thing creaky. the poor Fuji Del Rey made the long haul across the country in a box just to sit in the garage for a couple more days, and I haven’t been so spry myself.

That all came to an end today as I rolled up the coast with the Pacific Ocean off my port bow and a headwind in my face.

It was beautful. The sunshine never stops out here, it is relentless pleasantness all day long. I read about the heat wave suffocating the rest of the country and it seems odd, like I don’t remember what heat or humidity feel like. It was like reading about war in Africa. It is an awful shame, but what can one Juancho do?

Today was just a little 30 miler to Torrey Pines and back. I’ll try to ush it a little further next time.