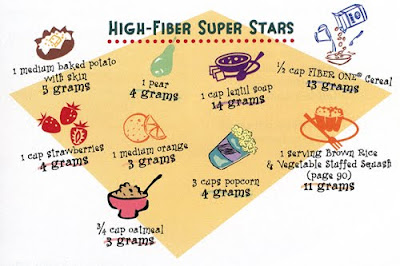 Finally, something broke through and I passed a huge ridestone. Now I have that walking around on the tips of my toes springy feeling.

It was not a huge ride, so it passed quite easily, but it was a solid and well-formed ride that slipped out with a satisfactory effort.

Thanks to Uncle Leon for the cup of coffee that got things moving.

The pleasant surprise was realizing how much fun riding a mountain bike down a fast trail can be. It was better than I remembered. Like flight. Like snowboarding. Like having a magic weapon with a +10 hit point factor or whatever the nerds say.

San Felasco is bumping the route up to 62 miles. That’s a lot of trail .

I’m still too busy to claim any training is going on, but I got hope man, I got hope. 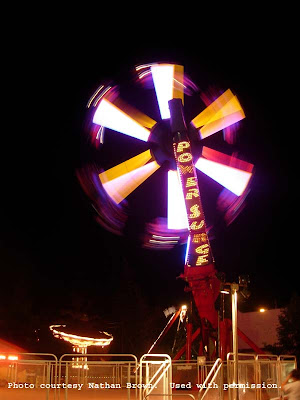 Two days ago my phone died. Last night the cable exploded. The energy spinning off of me in free radical stress electrons is shutting down traffic signals as I approach.

So I finally got on the bike and used some steam wisely.

Biscuits, gravy, beer, it doesn’t matter. The stress of home-purchasing grinds it all up and then the gut feeds on itself. Why am I not celebrating? I don’t have a key yet, that’s why. Until that happens I assume we are in an anything goes scenario, ergo the grinding.

A roll across town, through campus, after a disastrous football weekend got me off the couch. The CEO of Bike House, the new shop on Jackson Bluff road, he pulled the sword from the stone. I want to say more about that place, but it deserves better attention than I have right now. It has the whiff of success to it, I can tell you that much.

To all of you whom I have recently turned down for rides, I appreciate you keeping an eye on me. I intend to do better. 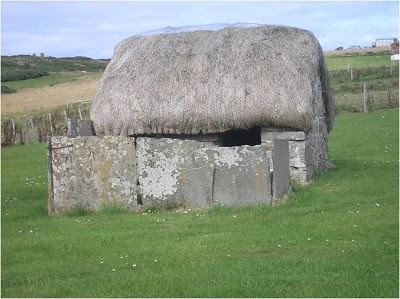 As Mayor of Hippie Killearn I will implement the following agenda:

Men must wear open sandals or close-toed shoes; no hybridizations of footwear allowed.

Optimist Park will hereby be known as Pessimist Park.

All pedestrian traffic in the greenway will yield to mountain bikes.

The $250 K in recovery funds slated for use in the forest will be diverted to the Indianhead Acres Singletrack Brewery project.

I will host an annual Nene Crit road race as a gesture of peace among cyclists.

I will build a system of catwalks and tunnels between myself, Soup, HiTops, and Squatch’s houses.

Koucky Park will be transformed into a Jaguarundi Preserve.

I am looking forward to the changes in our future! This last part appears to be in the bylaws I signed regarding home ownership.

They would have to be pretty hungry to take my offer anyway, but like my buddy Tom said, “If you aren’t embarassed by it, then you offered too much.” 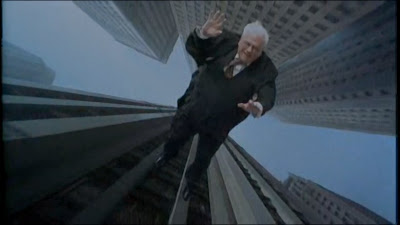 My inner child is on restriction. Worse probably, somebody ought to call child welfare and have my inner child removed from my custody.

My last ride I stopped dead in the trail and turned back, letting Squatch and HiTops charge on into the steamy forest. I felt like I was wasting my time. Riding bikes? Ridiculous. This is a grown-up world and I’m a grown-up man. I have pontificating and blustering to do. Comparison of square footage and mortgage rates, reports to write, subordinates to admonish, forth to be holding. Stress is good. Stress is motivational. Stress is how we show that we care.

Once the status quo is evaluated and measured, judged unsatisfactory- there is nothing to be done but achieve a new status quo. I have industries to captain, bags to carpet, barons to rob.

Remind me of all of this at San Felasco. 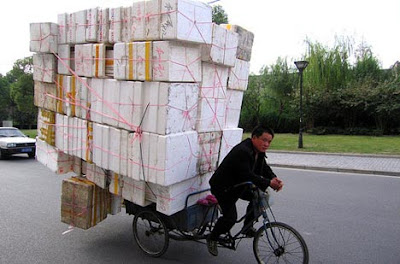 This guy has it all. Fresh air. A job. He gets to ride his bike all day.

Not me. When Maslow kicks you down the pyramid you realize some things.

You can’t pay the light bill with a bike ride.

In spite of two weeks of sporadic to non-existent riding I feel like I’m keeping it together. I told Squatch last night that I put my pants on every morning expecting them to not exactly “go on” and yet they do, quite easily in fact.

Curious, considering the lack of attention I am paying to what goes in my “reward me” hole. Yesterday for example: 20 oz of Starbucks House coffee- black, ham and cheese croissant sandwich, pasta salad, 4 cookies, two chicken tacos eaten while running through the Charlotte Airport, and two celebratory ales when I arrived home to a dank, moldy, slimy-covered Tallahassee.

Is it the constant stress? The wasting disease? Squatch suggested cancer. That Squatch! He is so funny. Cancer- ha ha! I told him I thought it was because I was getting old, and beginning to shrink. At ten years my senior, and showing no signs of shrinking, he debunked that theory out of hand.

Whatever the reason I will take it. When life slows down and I uncork the whoop ass, I hope it still has some fizz. 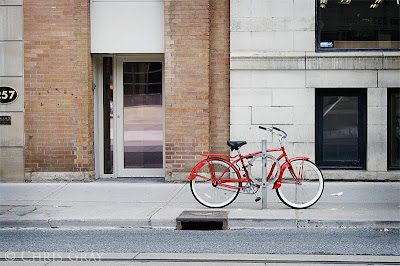 When I returned to Tallahassee in 1998 from adventures outside of Leon County I had a thick wad of bills in my pocket, secured with a rubber band taken from a bunch of broccoli. There were more twenties than hundreds.

I needed a bike, just something to get around.

Joe set me up with a 1989 Red Dakar, a ride far more sweet than I could have hoped for given the circumstances. The red bike got me back into the woods and it got me to my job at the Tallahassee Rock Gym. (This job was also an act of charity on behalf of a friend.)

As I gained traction and earned my way back to townie status I upgraded to new bikes along the way. The red bike logged some years in cold storage. The XT thumb shifters, the SunTour XC derailleur, American Classic hubs- the red bike became a museum piece.

Now it is back in service of a new owner- another young man in need of a ride, a way to get to work, a shot at freedom and success. For him the red bike is a solution to a problem, an unexpected surprise.

For me, the red bike is a shot at redemption, an unexpected surprise.

Ha Ha! you thought I meant me didn’t you? Gotcha!

I like to google the news of a particular community before I get there so I know a little something about what people are reacting to locally. It makes my work easier. The first result was the news article linked below.

Sounds meaner than the Food Lion ride, or Bike Church. In Virginia Beach they will flat out toss you over a bridge. 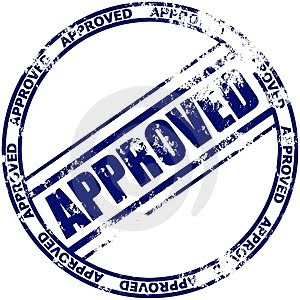 Fine. So the improvements to the trail sound pretty good. I can admit there is no story here, no smoking gun. Get your pre-improvement time trials recorded so we can have a nice basis for comparison after the project is completed. I’m thinking some of you fast bastards will be turning 25-30 minute laps on old grandma munson. If you are already doing that, I appreciate you keeping it to yourself.

Good luck installing the puppet government to handle the local club angle, after the hoopla surrounding that ridiculous process I know better myself.

I’m surprised there was no mention of the death-defying approach to the parking lot where you have to merge at speed then brake hard to make the hairpin turn into heavy pedestrian traffic, not a good situation. I preferred the old parking lot approach, of course. What can I say, I’m nostalgic.

No rides for me this weekend, unless I can count the Cruiser. I have more air travel to strange places this week so I wouldn’t get my hopes up for a positive, inspirational message coming out of the BRC. I predict a more typical, uninspired hatefest of minutiae. 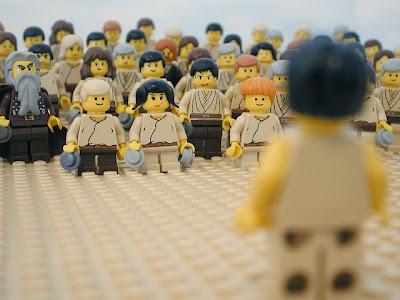 Tomorrow is the big meeting to hear how the money will be spent to improve the Munson/Twilight Trail system. Before the meeting there will be a ride rolling out at 8:30 A:M to guarantee everyone has a nice moist chamois before they settle down for sodas and chips. S’quatch says he’s going. Says he wouldn’t miss it for the world. I will rely on on his moderate to right-leaning perspective on the proceedings rather than go myself and risk pulling out the tiny hairlets on my head.

Whatever is to be done will be done and as it is all written somewhere in the good book of prophecy we know how this will go. Plans will be pilloried and pejoratively reviewed here at the BRC. I will ride the hell out of whatever they do, even if they dig a trench in the middle of the trail and fill it full of snapping beetles and buttermilk. See- much less painful to not show up and skip to the end of the story.

There are no decisions to be made as I understand things, that has all been done. We will just be informed of the government’s plans, as in…

“Today we invaded Iraq”, not “How do you feel about invading Iraq?”

“I think not, but I thank you for asking.”