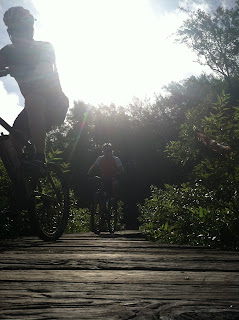 We stood around the car talking tomatoes like farmers.  What do you do about boring caterpillars? Walk away or change the subject? I thought but I guess they meant something different.

Just a scorching fast out and back up the Miccosukee Greenway sliding around the shell-covered turns hoping to not see a family of four, or a dog-walker around the next blind turn.  Just four of us, an uneventful day except it is so unlikely to see the old BRC crew together again.  All we needed was ole Tommy the Torso and it would have been a reunion.

I’ve got to take it easy! says one.
I thought we came out to ride! says another.
What about some fellowship? says Sasquatch.
I can take you all any time I want. thinks Juancho.

It’s getting so hot I could start riding naked, and this ain’t nothing yet, as we say all summer long.

4 old guys leaning on a Volvo talking about tomatoes, carbon fiber, and the weather.  Yes ma’am, yes sir, a thrill a minute and punk rock still lives.  Deep down inside our gluten-free hearts, just around the corner from Mortgage avenue, in a coldwater flat at the end of marriage and family way. 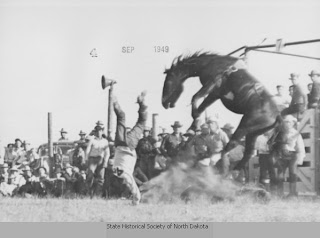 The dust that Poncho bit down south ended up in Lefty’s mouth, and I know how Lefty feels.

The forest floor was still smoking from a burn, the trail an ashen pillow, and me- the last in line. I hit that section the last of seven and holding up well enough, the pace so hard I felt I was being reeled in, the prize lunker.  I clawed for my jersey zipper, yanking.  It was already down to my navel. I sucked water and coughed it out as the need for air took priority.  The trail turned uphill and rivets started popping from my hull.  A scrub oak branch snapped back into my face, I spit blood and grit over my front tire, and that is about when I called it quits.  Dropped my friends, like a hit record on the first day of summer.

My last few rides had me believing I was better than that.  Two hour epics of flow and spin with my friend Steve, the ever-steady man of mystery.  Turns out we were caught in a collective delusion.  Two bums straightening each others’ collars, “And a fine good day to you sir, don’t you look smashing this morning!”  “Well thank you good sir, you are the perfect image of vigor and health yourself if I have ever seen a more able gentleman I will eat my hat!”  And away we go toddering down the trail and passing the Wild Irish Rose.

“There is no such thing as patience.”  Bill said, “There is only impatience and the way the universe reveals itself.”  Or something like that.

We frequently had to push-start the Peace Chicken.  It turned over with a little nudge, back-fired and roared in first gear while the pusher climbed back in the sliding bay door and said, “Hit it!”

With that, the driver would ease the clutch out and in that last inch of play the old air-cooled pancake motor would thrum us away in a coughing cloud of blue.  The Peace Chicken was an early 1970’s VW bus, brick-red with bags of stale to moldy bagels piled so high  the rear-view mirror was useless.

The bagels were cast-offs we intended to give to the poor and hungry, although I do not know what we had against those people.  We would pile in the Chicken and attend meetings around town with other noble idealists, sweat running down our backs, into the cracks of our asses, puddling on the vinyl seats before dripping out the rusty holes in the floorboards.  Boxes of STOP GENOCIDE flyers mouldered in our laps waiting to bring people down as they ate pizza, or shopped for a Bob Marley poster in the student union at FSU.  For those who needed further explanation, we carried folders of color-copied photographs depicting children murdered in the streets, old women cooking grass soup, and city parks lined with tombstones and freshly dug graves.  This was our calling card.

That winter, the Peace Chicken carried two of our emissaries to a meeting in Washington D.C.
Prior to their departure we collectively worried over the Chicken.  Those with abilities changed oil, tightened throttle cables, and checked brake pads.  Those of us without lined the floor with blankets, made peanut-butter and jelly sandwiches by the dozen and passed bottles of Dewar’s around and watched the others work.  I have pictures from that trip north of the Peace Chicken coated in clear ice so thick they couldn’t open the doors, the driver and passenger swaddled in sleeping bags as they rumbled up I-95 to join the voices for Bosnia, prosthetic stump socks on their heads to keep them warm.

Sometimes I think I see it around town. 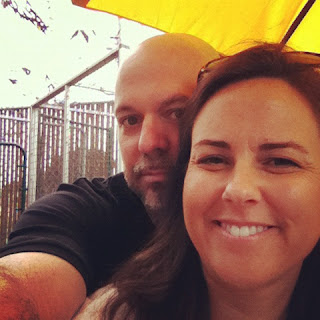 Today is my wife’s birthday so I wrapped up my eye teeth in my last bottom dollar to give to her.
She said, “Thanks, but that’s really not necessary.”  I said, “Oh, but it is.” and ran across a bed of hot coals to get her a glass of ice water.  “Now you’re just being silly,” she told me as I rubbed my belly and patted my head while jumping up and down on one foot.  “No I’m not. I’m a serious person.” I told her and I seriously love you and that is nothing to joke about.”  She said, “What has two cheeks and is brown in the middle?” and I guessed a hamburger, which was the wrong answer.
Last week she said, “Don’t do anything special for my birthday.” So I let the ice carving of Pegasus slowly melt out behind the shed.  I paid the chorus of 5 and 20 angels their travel per diem and apologized for putting them out unnecessarily.  “What can you do when your true love speaks, but what she requests?” the conductor angel shrugged.  “Indeed.” and the 26 of us polished off the Scuppernong  pies I made for her, cooling on the window sill.  “Good pies!” the angels said and they penciled me in again for next year just in case.
-Juancho

My right ear has been closed up tight for almost two weeks.  I think it is trying to protect me by prohibiting negativity from coming into it.  The doctor says it’s an infection.  To each our own. I still have one good ear so that means I’m listening, but just barely.

A friend took a scary fall at the Santos trails down in Marion County, FL last week.  We got a pensive call from his girlfriend late at night with scant details.  I spent the next 24 hours pondering the possibility of his death, or permanent incapacitation either mentally or physically.
That’s the kind of information my ear is trying to shield me from I think.

He tumped over from a small height onto his head and lay there unable to move or feel anything below the neck. “I think I broke my neck” is what he was reported to have said.  I know a bit about broken necks and a life without movement.  The thing nobody acknowledges is that it goes on.  My step-father is quadriplegic, as is a childhood friend from back in the day.  They live, they get things done.  They travel the third world and get drunk.  You say you would rather be dead, but you wouldn’t.  We all persist. We accommodate.  We adapt.

For some minutes my friend must have lay there amid the crumbled limestone and pine needles and contemplated such a transition.  How will I earn a living?  How will I eat? How will I everything?  I imagine those minutes will become very important to him, much like my Crash of Great Clarity.  I can’t recommend enough a terrifying accident or crisis when one needs to prioritize their values.

As feeling tingled back into his fingers and toes, and the paramedics loaded him up, was he making amends?  Counting his blessings?  Who knows?

All of that is personal between he and his moment.

Bikes? That’s hilarious. This is a grown-up blog where we talk about grown-up things- like hippies and houses.

I looked at a few yurts over in Indianhead Acres, a neighborhood I like to call “Hippie Killearn.” This neighborhood is highly prized by leftists, progressives, socialists, and other popular covers for Al Qaeda cells. This neighborhood is characterized by the street layout, which resembles the profile of an indian, or to be more sensitve- injun, as long as they all wore feathers on their heads.

The streets are called “Nenes” instead of “streets” and I can only deduce that this is a misspelling of “ninnies” which would make a lot more sense.

Killearn is on the other side of town, and for me it has always represented affluency, ascendancy, and mainstream economic values. I am trading in gross generalizations, but let’s admit it: Killearn had a lot of McCain Palin signs in the yards, and Indianhead was split equally between Draft Gore/ Kucinich/ Obama with the debate scheduled to be resolved by a moonlit session of Zen Non-Power Volleyball at- where else? Optimist Park.

I am not going to get my hopes up, because that is not my way, but I am asking the Ouija board if there is a place for me in Hippie Killearn with the rest of the BRC All-Stars: S’quatch, HiTops, and Soup.

Should the unlikely event transpire, there will be nowhere for them to hide.