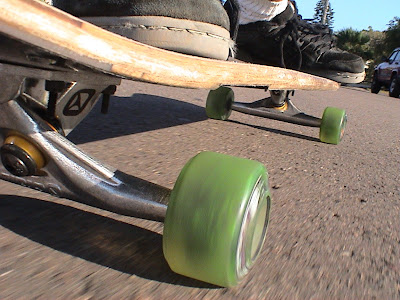 Actually, in spite of that title I am not on the bench. I’m in the game. The skateboard game. With nothing but frantic patches of time available to work out lately the longboard fits the bill. Tommy and I practiced on the Betton Hills starter course then moved over to the Indianhead bunny slopes. In just thirty minutes of skating we ran into two (2) old friends who don’t even live here and I got scared in that puckered up “I might have made a bad decision” at least three (3)times. I’m going to have to learn how to stop pretty soon, but for now- the flat-footed pounding you get as you run off the momentum from bailing out is like a long bike ride packed into 10 or 15 steps. By that I mean it makes your quads sore as hell the next day.

So where is the best parking lot in town for this sort of thing?

GrandDad’s last good ride was when he was ninety-five years old. Manny’s mom drove to Ohio and brought him back to Florida with her. She could not stand for the idea of her daddy being treated as any less than the man he had been. Manny pictured his mom blasting in the door of the Old Folk’s Home with a shotgun and telling Granddad it was time to go. Peck looked at her reaching back through the years for recognition and nobody can say what conclusion he came to, but Manny thinks his granddad recognized what he admired most in himself. Peck recognized who was in charge.
Three days and two nights back to Florida Manny’s mom drove them, stopping at the IHop and the Waffle House and the Best Western Motel. Whether Peck knew it was his 63 year-old daughter and fourth of five children, or he thought she was his wife, Manny figured he knew he was out on the road and going on a trip. His Granddad Peck made this same trip with his Grandma not three years before to the shock and resignation of all but his oldest child. “Let him do whatever he damn well wants to do Goddamnit!” was all that one had to say.

Manny’s grandma was at home in Ohio, married to the man for 75 years and just damn tired you know? It doesn’t matter how good a man anyone is, 75 years is a long time to listen to a person’s stories. Most people don’t give you a good five minutes of paying attention. Seventy-five years.

His grandparents’ story stood in his life a fable. It was too impossibly huge for him to understand, like the size of the government deficit stacked in twenties to the moon, or dunking a basketball. He did understand very clearly however the difference between dying with or without one last good ride somewhere with someone who knew your name. 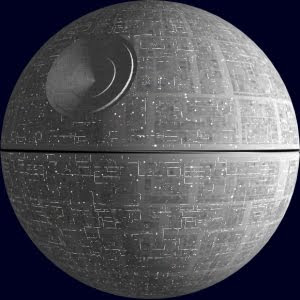 I am moving my office. I know. It is quite a surprise. Everybody just try to calm down. The old office was right next to an excellent bar. The new office is close to an excellent trailhead.

The night Manny met the nude model he was hung-over. When he woke up that morning, he valued his hangover a victory- the price one pays for conversation so good it leaves bruises and stiff joints. Forty, he thought, fifty? What different does it make. Manny knew he was off the reservation long before his fortieth birthday. The time had passed to do things the easy way. Manny considered himself a swim upstream kind of guy.

Under these conditions of mild pain and melancholy which Manny enjoyed, like a plug of burning tobacco, he sat on the patio of a south side lounge sipping a sour-tasting beer from France. The Nude Model worked for Manny’s friend Carlos, who taught college students how to draw. Carlos was known for his paintings of blobby unicorns jumping over white picket fences. Manny once heard it described as: a commentary on the fantasy of the American Dream and the suffering of a people too long-detached from the satisfactions of the simple. Manny did not know anything about art, but he believed this to be bullshit. He pictured Carlos at home with his canvas and paint watching blobby unicorns appear by the legion without a thought in his head but the pleasure of watching colors and shapes appear and jump fences.
Manny could not say if the Nude Model was a drunk, or just drunk.

The Nude Model was of a body type Manny thought of as Siobhanese based on the body-type of an ex-girlfriend. The Siobhanese were characterized by their exo-skeletons and slinky ways of moving.

She stood directly over Manny’s shiny head brandishing her pint of beer as she educated the table about Nude Modeling. Manny nervously contemplated his reaction should she spill something on him.

Manny’s friend Cleo was trying to tell him something. Cleo was saying something about tubes and pyramids? Something about a friend who abstracted? He strained to listen, but Nude Models was now joined at the table, fully turned to Carlos expanding the Nude Model manifesto.

Manny leaned in and turned his ear to Cleo,

MY FRIEND IS ON A FEEDING TUBE. SHE KEEPS ASPIRATING HER FOOD. I USED TO VISIT AT LUNCH AND FEED HER. I’M GOING TO SEE HER TOMORROW AND I DON’T REALLY KNOW WHAT I WILL DO WITH HER NOW?

Now Manny understood. Pyramid was the place Cleo volunteered, making art with the Developmental Disability crowd. In his mind Manny could never completely evade the word “retarded” but he know better than to use it. It was just stuck there, like The Nude Model at the table, hard to overcome.

Manny could see the edge of tears in Cleo’s eyes when he was distracted by The Nude Model explaining that his bald head was a birth defect.

Manny pictured the Nude Model retarded with a feeding tube, and nobody to come and make art with her. 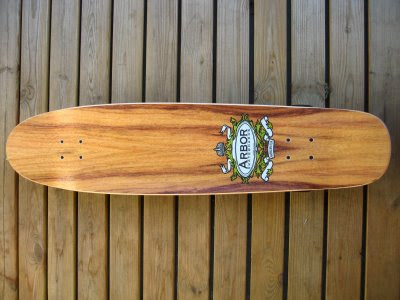 It’s hard to feel old when you are the proud owner of this beautiful skateboard. Thanks Lopo! Thanks Libbyllama! Thanks Bighorn! I can’t wait to peel a delicate layer of skin from my palms in honor of you.

There are lots of things to ride other than bikes, although bikes are still the best. I rode a canoe yesterday, with S’quatch, down the Wacissa river to Blue Hole. It was late in the day and the spring was cloaked in shadow so the water really looked more like a black hole, ominous and yawning below us. The water was cold and a few brisk strokes across the deep hole was enough to wake you up, get your heart pumping, and the stress just falls away.

A little bit of stress returned when I saw that S’quatch had brought the truck key along with him, loosely floating in the canoe, cleverly hidden in some trash. If you have never learned anything from this blog, learn this now. Secure the key. Better yet, leave it at the truck. Everything was fine and we returned without incident. This time.

It is a fundraiser for a local alternative school called the Magnolia School, where they teach the little children well. Maybe you have heard Magnum mention it a couple of times this week? My friends’ band, Mechanical Lincoln, will also be playing so I have lots of overlapping reasons to be there. I like my reasons to overlap whenever possible.

What do you people have going on this weekend? 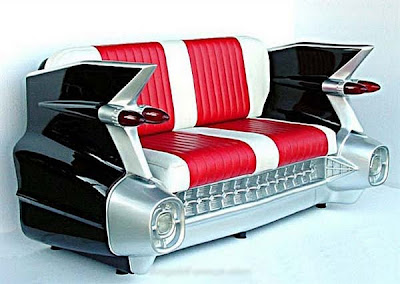 I really should have bought a couch months ago. I can’t tell you how weird it is living in couch purgatory for 6 months. Now that I have about 100 sq feet of cushioned comfort I could give a rip about the next 40 years and what they bring. I just want to take a nap.

The weather is shaping up beautifully today and I know I have some miles earmarked for later. Until then it is back to hammer and tongs, beating the ethereal into the real. Making dreams happen. Saving the world by accounting for one receipt at a time.

Yeah, that’s life in the trenches. It’s hardcore. Get some!

When I was a little guy, ten years old, standing around somewhere near the corner of Kearly and 8th Ave down in Lake Haven Estates, Sebring, FL I told my friends I was not going to grow up until I was forty years old. Now that I am at that point I have to ask myself, did I do it?

For what a 10 year old mind perceives a grown-up to be I would have to say no, I did not. However, this wasn’t your ten your old mind, or some Platonic archetype of the child mind, it was uniquely my own and although I may not have known the words at the time, perhaps this is what I pictured?

Who can say, that little kid had a lot going on. I just hope I haven’t let him down. 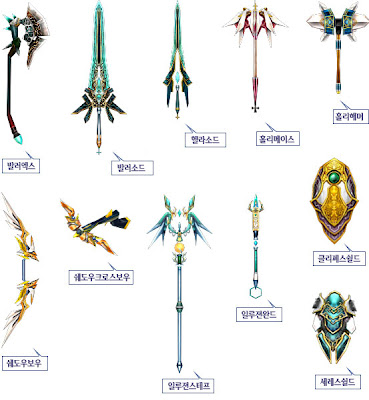 Everybody who games knows you can’t vanquish the dragons and demons without upgraded weaponry. That’s why I have called forth the juicer, the food processor (for smoothies and hummus)the ipod loaded with NOFX and Tupac, and a bottle of avocado oil to lube my chain. This is an upper echelon comeback.

I turn 40 tomorrow, and I’m not ready to go yet, so before the next generation puts me in the kayak and pushes me out to sea without a paddle, I need to get it together. This is my decade. My fastest friends are over 40, in fact, I think Mystery Cupcake is 87. 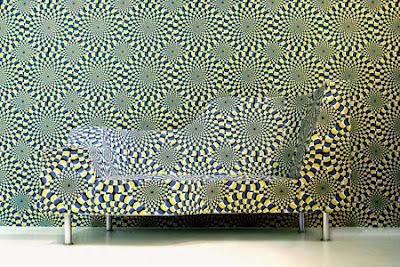 I can feel it. My couch is getting closer. Traveling through time and space on an intersecting course to my own. That, or it is sitting in a store waiting for me to do the intersecting. I can’t live like this anymore. I need to get moved in already. If I am sitting on this cinder block on the floor eating dinner out of a paint can still 10 years from now I will be disappointed with my decision to become landed.

I sniveled and whimpered through a road ride today, demonstrating the true desperation of my plight. Clinging to the road bike like a steel savior that can drag me out of the morass and back to fitness glory. If that doesn’t work I will buy new grips and tires for the Titus as that sometimes sparks an uptick in the enthusiasm category.

The greater issue at hand is that I can barely think about ride to live, let alone the more important creed- live to ride.

I’m sure a big comfy davenport will be a great summer motivator too.

I came home from Manchester, NH by way of Detroit and then Memphis allowing me the opportunity to experience the hospitality of four airports for the price of two. I am not quite over the edge, but I have a great view of it from here.

That’s why I had to say yes to the opportunity to play some private country club golf today. If I have to stress like a CEO then I intend to play like one too. Of course, what self-respecting CEO puddle jumps home from New England? None of them. I did not see Sir Richard Branson cramming his duffle into the overhead and swearing. I did not hear Mark Cuban trying to cadge an extra bag of pretzels from the un-pitying flight attendant.

I’m not even a CEO, unless that stands for “Carries Everything Overboard” or “Can’t Ever Overcome” or something like that.

Watch out Bushwood, here I come.