I have a different topic for you. The personal board of directors. As in, if you could assemble a panel of experts to guide you as if you were an organization in and of yourself, who would you select to be on your board? I think it is an interesting question. I am going to go with: 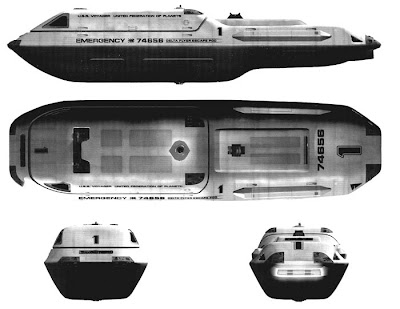 The pod will detach from the mothership and begin exploration of the southwest coast this morning. If the mission goes well I will be back in time for the Blessing of the Bikes, Friday night at RR2 @6:30 P:M. See you there! 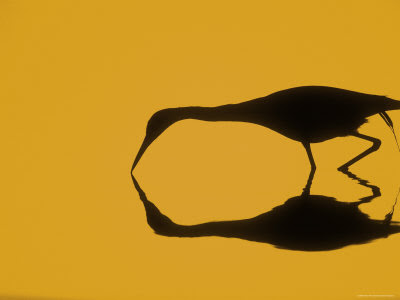 On second thought, I think I will keep everything the same for a few more years.

I picked up the man sometimes known as Cupcake and loaded him into the van for a day trip to the Refuge. That’s the St. Marks Wildlife Refuge for you out of towners, a zillion square acre salt marsh ecosystem about 30 minutes south of Tallahassee.

We rode for four hours deep into the Refuge on the system of dikes and oyster shell roads. The heat of the day brought out the animals, especially the reptiles. Three snakes, giant soft-shell turtles sunning in the trail, a herd of deer, many gators, and the BIGGEST alligator I have possibly ever seen in the wild. It was about 100 feet away and we measured it out to the best of our ability at 18 feet long, and 4 feet across the back at the widest point. The head on this thing was the size of a large steer.

When you are 10 miles from the nearest paved road and hours from a hospital, these sightings provide a thrill that could only compare to seeing a Grizzly in the wild. It tried to hypnotize us into wading into the water, but we averted our eyes and resisted.

We were denied the Pinhook River (again!) due to nesting birds. The trail was taped off at one point, the sign read: ALL ENTRY PROHIBITED. Behind the tape we could see hundreds of Little Blue Herons roosting in the trees.

We fought a thirty mile per hour headwind to get back to the van and I will be damned if it didn’t feel like exercise.

Then my dear friends threw together a little steak and cake soiree, sparing me a fate of hiding in the crawl space under the house and crying myself to sleep with a bottle of Scotch.

If I could do the exact same thing every year, these birthdays might be all right. 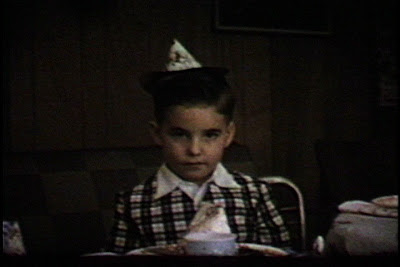 April 21, my birthday. Last year in my thirties. Time to put aside childish things and become a man. Take the gangster rap to the flea market and stop trying to name the un-nameable art studio. Take off the Spiderman Halloween costume and start putting some bank in that retirement fund. Stop writing about bikes and squandering your miserly accruement of talent. Write about real things, like forced smiles and people walking grocery store aisles with eyes of quiet desperation. (they sigh as they grab the 2% and look with yearning at the Whole).

Practice is over, next year real life begins.

I wouldn’t call it a slump. More of a natural pause. 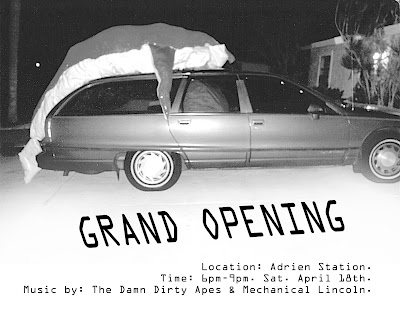 This Saturday marks the debut of the latest act in my talent stable. I have a history of managing bands and artists right to the brink of obscurity, and possibly beyond obscurity into obfuscurity. I can’t help it. I’m like the kid who keeps getting rabbits and accidentally squeezing the life out of them. I don’t mean to do it, but I love it so much I can’t stop.

Mechanical Lincoln is the latest assemblage of washed up dirt rockers on the launchpad to oblivion.

They will be playing this Saturday at Adrian’s Station (the old motorcycle shop by All Saint’s Cafe) this Saturday. The show starts early so we have time to get to Perkin’s for the afternoon pot pie special. 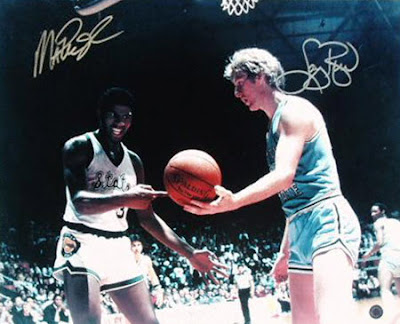 In January, 2003 Outside magazine ranked the top 25 greatest adventures ever recorded in literary form. At the top of the list I was surprised to find a book by the author of the world famous title The Little Prince, Antoine de St. Exupery. This book, about flying planes around the deserts of Africa and eventually crashing into the Sahara- topped the list, and I must know why.

I am a fan of certain genres of literature, and the adventure tale is one. The others are: Louis L’Amour westerns, early edition Henry Miller- all titles, Civil-rights related fiction and non-fiction, and old technical manuals on mountaineering and such. I now must find and read this plane crash in the desert book. Once you have burned through the most familiar titles finding adventure lit becomes a bit of a journey itself. This is what makes it a satisfying collectible.

It got me thinking, do you have to face death and debasement- terror and insanity- on one of the planet’s dominant main stages in order to merit being labeled a great adventure? I thought of my own greatest adventures and the often unimpressive locales which have brought me closest to knowing my true self. Often brutish and clumsy in execution, would my poor planning and lack of necessary resources earn me even a bronze medal in suffering at the Explorer’s Club?

I won’t pretend to be prepared to spin you all a proper yarn tonight, but off the top of my head I think I can easily identify the few catalyzing adventures which I would think to portray in some detail with hope of earning an honorable mention at the next campfire & whiskey awards banquet.

In no particular order…

The Lick Creek debacle. A terrifying tale of grown men crying in darkness.
Escape from Hrvatska- don’t eat the fish.
I know who killed the Lorax- a night in a Montana clear cut.
Picklesimer Exiles- Two men, one map, no h20.
The long way to Merida
That V.W. bus will break your heart
From Catalonia to Catatonia- a night out in Barcelona.
Tate’s Hell is Not a River

The Matterhorn does not appear in any of my stories, nor are there sailing vessels or hot air balloons, just plenty of hot air and hard decisions. These are tales of an ordinary man suffering in unremarkable venues, compared to Mr. Exupery, Sir Richard Branson, and Alexander Supertramp. For that matter I have suffered some trying tribulations as a terra cotta pottery salesman on Burnside avenue in Portland, or as a busboy on the overnight shift at the Village Inn in Sebring, FL.

The common adventure gets no respect,

What would you title your greatest adventures? 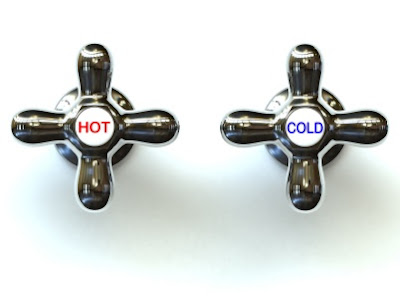 I reference the weather with this image, but it truly describes so many aspects of life does it not? Hell bent for leather one day, churchmouse the next.

Cool windy mornings like this are enough to make a guy load up his GMC Safari and floor it to Tucemcari.