It is time to carry the fight to the enemy. S’qatch is on his way over right now to load up and attack San Felasco. This malaise of hollandaise, this catastrophe of atrophy stops today. I have seen the enemy and he is a dashingly handsome, stocky man with a beard-not unlike myself.

By telepathy, Pa and friends down in Reddick are aware of our plans and intend to meet us at the trailhead where they will badger us like the flying monkeys. I feel nothing bu sorrow and contempt for them and all others who try to stop me today.

Because I will not be stopped today. 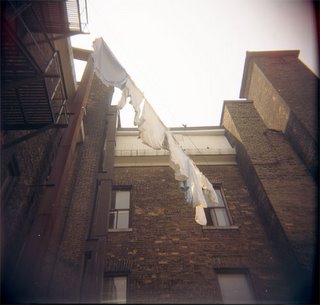 My bike is enjoying it’s new life as a clothesline. It proudly holds damp sweaters so the wind can blow through them. Socks line the handlebar, waving in the breeze.

My Fox gloves have found new work also, as potholders. It isn’t the work they are used to, but change can be hard sometimes.

My chamois is listless and taking to the bottle with too much time on it’s…whatever it holds a bottle with. I’m hoping it can get through this tough time and find something new out there.

My helmet is keeping busy, as I wear it when I bang my head against the wall trying to reboot the hard drive.

Holiday travel is over, there’s really nothing stopping me. Maybe it’s time to get the band back together again and see how we sound.

San Felasco is 18 days away. 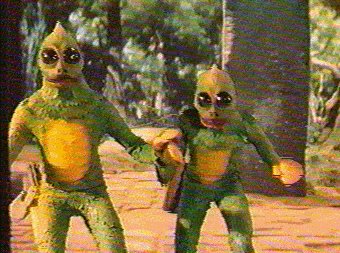 More fun and excitement below! 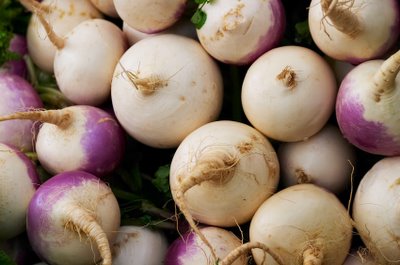 That’s when I will quit riding. What is it with you people? Just fell off the turnip truck? Got no faith in the Juancho? The last post was just a little festive Christmas fool’s joke. Some time out of the saddle is good for you now and then. Besides, I believe in a well-balanced lifestyle. It can’t just be about me stomping S’quatch and the boys on the trail every day can it? What about literature? What about cooking great pots of soup? What about wine? Come on, I’m no automaton, I’m no supplement sipping, calorie-counting performance junkie. Anyone can do that and ride well. It takes a Renaissance man to do it my way.

I’ll show you people. I’m going for a ride right now. Anyone else coming?

I didn’t think so-

Seriously, I’m just about to go… 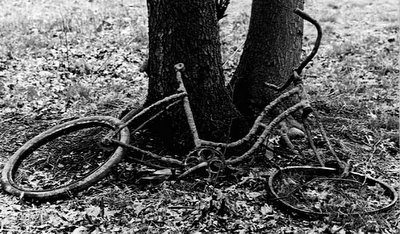 I haven’t pedaled a stroke in 10 days. I have thought long and not very deeply about this, and there is only one conclusion that makes any sense to me…

“Cycling” has fallen horribly out of fashion. I mean it. Riding a bicycle for fun and pleasure is about as cool as a Rubik’s Cube now. It has become the Spice Girls, feathered roach clips, and a Cabbage Patch Doll all in one.

I wouldn’t be caught dead on a bike anymore. Those of you still “into” “riding” are just fashion victims soaking up the overstock merchandise- the acid-washed jeans as it were.

I, being more on the cusp of what’s hot and what’s not, will be moving on to the next big thing…as soon as I find out what it is.

I can’t believe I hung around this long, how embarrassing.

too cool for school

We gather at the solstice because, like the ancient peoples, we are unnerved and unconvinced that the sun will return.

We gather on the shortest day of the year to beg it not to forsake us.

This year, we gather at S’quatch’s house. I can’t think of better stewards to the druidic rituals than the gentle giant of the forest and his brood. After all, they were married in a forest, he clad in buckskin skivvies and she naked I believe, with maybe some flowers coyly placed. Their children were born under the glow of bonfires and an anxious tribe.

Also, with their long legs they stand effortlessly across cultures, unaware of the inconsistencies that do not allow this to be mixed with that. Sun? Son? What’s in a name say the Yeti? The important thing is that something gets worshipped or revered and that it is groovy.

It is also a time to honor fertility and bounty. No doubt, honoring our host, we will wish for fertile soil in which to sow yarns of conquests unattempted, perceptions bent through his secret prism, and an abundance of mayhem, chaos, and deals gone awry. It is his way. He can walk no other path.

Whatever we do, it couldn’t come at a better time. Road trips and grey skies have sapped me.

I’m always in need of some strong medicine this time of year.

I think I’ll find it in the oyster stew. (Which also puts lead in your pencil.)

Have a meaningful this or that, 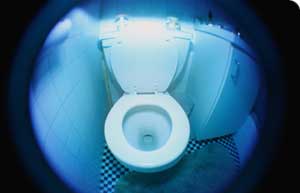 Despite the amazing similarities, this is not a picture of Ft. Lauderdale, FL.

It doesn’t really matter, it is all over now.

I have vomited to the other side and back. Being so urgently sick brings clarity. There is no choice to be made, there is no regret, or dread. There is only the thing before you to do.

Grab that bowl and hang on.

It’s great to be home. 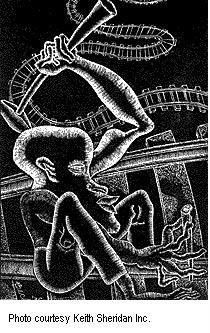 Sasquatch recently suggested I borrow a full-suspension ride for the Tour de Fiasco and I was shocked, shocked and a little sickened. It was a reasonable suggestion, and I have expressed the desire for a cushy ride in the future, but that is where the desire lives, in the future. Truthfully, I’ve only had one bike that wasn’t steel, an Aluminum Jamis Eureka, and I traded it in for the Dragon pretty quick. Like John Henry, I will keep pounding with my steel hammer until I die, yes Lord, until I die with that steel in my hands.

So now I’m not just riding for myself, but for my ride. For an era of cycling that is falling by the side of the road in favor of the steam-powered drill, the next best thing.

John Henry’s captain said to him,
“These mountains are caving in”-
John Henry said to his captain “Oh Lord!
That’s just the sound of my steel in the wind.

That’s just the sound of my steel in the wind, 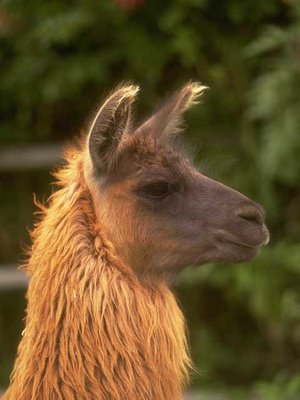 Today is my big sister’s birthday. Some of you may know her as a visitor to the BRC, Libbyllama. Some of you may remember her instead as the plucky biscuit bagger at a central Florida KFC back in the 80’s. I have to say, my parents did me right in the sister department. She’s a pretty good kid, all things considered.

She saved my life once as a baby, when a little friend of hers tried to dump me out of my crib, so thanks for that Libbyllama.

She also let me tag along with her theater friends my freshman year in college. It took me a while to realize why those theater guys were so damn friendly to me. So thanks for that too. Those silly boys!

She never forgets an important date. She calls for cooking advice which makes me feel needed and useful instead of worthless and adrift in the universe.

She likes llamas, even though-or maybe because- they spit. She can sing real purty. All my friends have been crushing on her for like, a long time. Stay away or I will kick each of your asses.

She provides insight into the feminine mind, allowing me the incredibly successful dating life I have come to expect and enjoy, ahem.

She once made me eat frozen, chocolate covered bananas until I puked, which I feel like doing now after typing those vile words.

Please join me in wishing Libbyllama a wonderful thirty-something birthday.