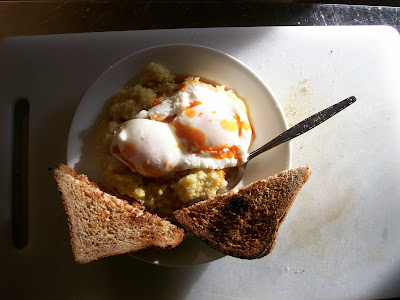 After three days of wandering far from the safety of the wagon, I woke this morning with a yearning for redemption as I have never known. Upon this breakfast you see here- all awash in the morning sunlight like god’s own finger pointing the way out of the darkness, I cleaved to the bike, the forest, the candy corn and all that has served me true this last twelve months.

I know where sin lives and the manner in which it insinuates you into its company. Sin sends emissaries to soften your will. Body blows of clever art girls and Belgian beers with names like Old Railroad Spike and The Last Hoo-rah. One minute you are stopping in to pass along a message then the next thing you know you are gesticulating with a cigarette in your hand patiently explaining (to a cat on the sidewalk) exactly when Post-modernism began (which is of course, the first moment you consider the phrase-right?)

The late night set welcomes you back like you never left, even though every one of them are strangers. Like a long-running Broadway show, the characters never change, just the actors.

But the bar is not the only show in town and the cast of the morning ride in the forest were as hale a bunch of veterans as I have ever followed down the trail.

So either way, the show must go on. 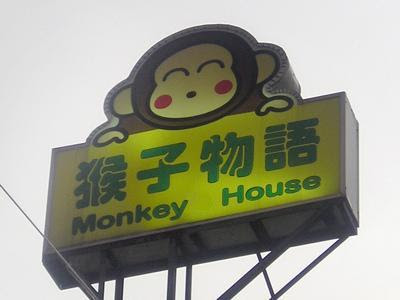 My house has been busy like a monkeyhouse on fire.

It looks like tornado weather is on the way and the timing couldn’t be more perfect. I can roll up the drawbridge and flood the moat. Let the snakes rise.

I hosted a tourist lap at Munson yesterday and I was grateful just to be on home soil, even as I kept one timorous eye on my friend and colleague wheezing and swooning behind me. This is the same fellow who dropped and flopped like a giant catfish on the beach in the lobby of a West Virginia hotel the last time we rode. He sustained consciousness this time, but just barely. He’s more of a basketball guy.

I hope this storm soaks the forest to the point of Zamboni-smoothness tonight. 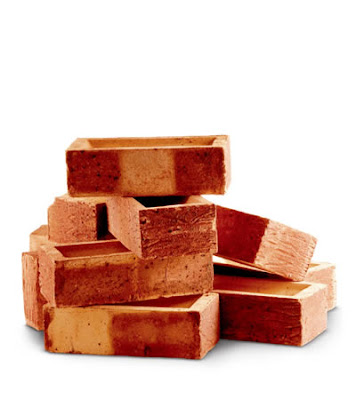 In between chores and some mildly social outings I rolled about 40 solo miles of trail this weekend. Not too bad I think, and for motivating solo I think I get credit for time and a half so let’s just call it 60. The only spectacular aspect of the miles was the indefatigable perfect weather, which will be well fatigable by mid-May if not sooner.

Spring frenzy had the trails clear, as folks were preoccupied with babies, basketball, and out of town bike races. The trails were deserted, as if I was the Omega man himself, Will (Ah Hell naw!) Smith.

I have some Spring frenzy to deal with myself this week, so don’t look for me out there until Thursday. By then, all of my foundation miles will have set up and I can begin building a monument to power on top of it, with a speed solarium, and a widow’s walk of big ring cadence. 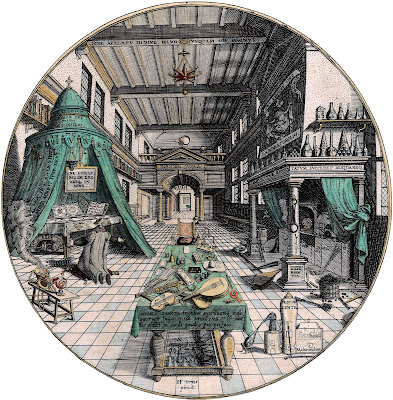 10 cc’s of care, a splash of don’t care- I’ll have something cooked up here by morning. 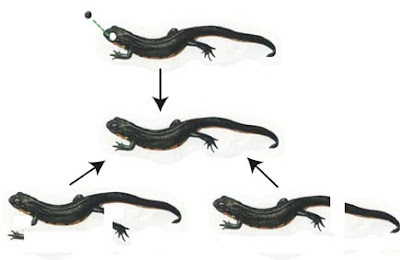 The trick is to beat the body down repeatedly, functioning more on will than ability. Riding with that feeling like your legs are being crushed beneath a Custom Van and the tendons in your neck are full of rock salt. Work like that, go shopping at the grocery store like that, swing a golf club like that- just keep beating yourself down and functioning.

When the body goes into System Restore and methodically shuts down components, reorganizing the memory, you are edging towards regeneration. The complex plot of Law and Order becomes too difficult to follow, the kitchen upstairs so far away, the La-z-Boy wraps you in its pleathery embrace and sleep takes you down.

10 hours later, the internal pilot light trips the furnace and you can begin shoveling hot coal in there, building pressure for the next big ride. New muscle cells, uncomfortable next to their musty old neighbors, nervously play with the safety switch inside their jacket-ready to bust rounds all over the trail.

I am fried, inside and out. Time to play some hooky.

Ever since Cupcake wrenched his neck he has been off the bike on doctor’s orders. This means our only common activity has been eating oysters and drinking beer- and I quit drinking beer (more or less, pretty much, for the most part, you know how it goes sometimes)so today is going to be Cupcake’s day.

He and his woman are having a baby sometime in the next few months and I will never see him again after that- or if I do he will only be a hollowed out husk of his former self, so I have only today to aggravate him and remind him of all the so-so years of friendship we have accumulated.

Golf or hiking? He hates walking so I will probably go with the hike. 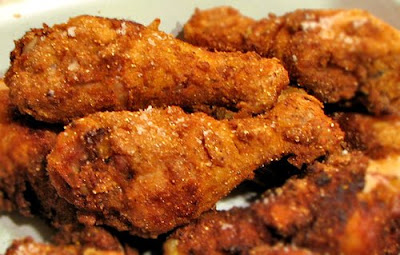 Don’t ask me if I want to ride tomorrow, I might say yes, and after 5 days of good riding King and Kong are knackered. Fried. Torched. Crispy.

Today was all epilogue in the forest with Dogboy- the real story having been told yesterday on the Pedrick Greenway when Pain Cave Tommy and I re-enacted our San Felasco duel and a Saturday roll ruptured into a mini-epic. I say “mini” because I was barely winded at the end of the day. He stole an easy lead on the Democrat hill before we parted ways. I am known to all as a generous man. 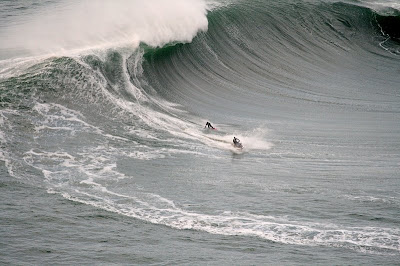 Not Big Moe your favorite doorman at the Copa, but big momentum.

I ride the forest often, and of those rides nearly 100% of them begin from the parking lot at 0 mph (0 kph for you Euros)and steadily climb to a pace that threatens to bend both time and space- something like 12.5 mph/20.12 kph.

Yesterday, compelled by a collection of inconsequential stressors I shot down the paved St. Marks Trail-intent on riding to the coast, into the water, and down to a deep, brackish sleep to bring to an end all concern for events both virtual and otherwise real. As I approached the turn-off for the Munson trailhead I chose life and tacked into the woods at something like 20mph (32.19 kph) with serendipitously correct tire pressure and a huge head of steam. I banked south onto the East Connector and didn’t slow down until I was somewhere past the Gun Range- miles down the trail.

The surfing naysayers curl their lip at the thought of being towed into a wave. They nay say that it lacks soul. I understand the Siren song though, because sometimes soul lacks speed.

I’m in the market for a four-wheeler. 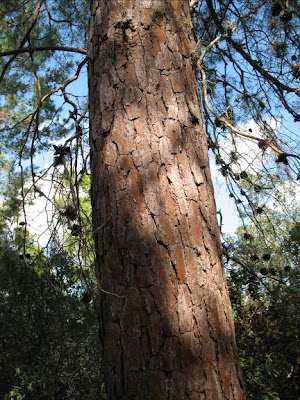 The days go by at the speed of stress.

Dr. Munson will see you now. 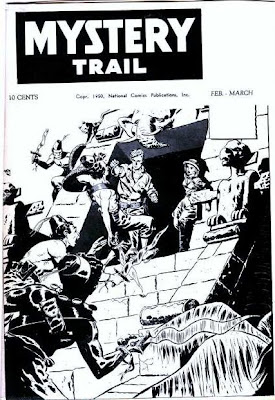 For a sparkling couple of years in the mid-nineties I joined a band of subterranean pilgrims exploring the caves of Southeastern Montana and surrounding environs. The title of this post was our cave team motto. The general principle was that if a human body could squeeze into a seam in the ground then somebody (usually indie-mood rocker Herman Jolly) was obligated to press as far into the crack as possible and push the sum total of explored passage- even if only another few yards. With grim and stern rebuke, Cave Leader Landon would block our exit and shake his head solemnly from side to side explaining to nervous pilgrims, “you know the rules- all leads must be checked.”

Now, I am not not known for being the fastest bull in the woods, or the big airiest waterbug on the trail. I haven’t ridden the To Hell and Back 90 miles of pain. I don’t participate in the Southern Series Points Races. I don’t ride cyclocross. I’m not much for road racing either. In fact, in cycling my singular claim to fame other than this blog is this simple observation; I have ridden more trails than many of you.

That’s right, I said it. I don’t bushwack across the forest, or establish new urban jump lines. I tend to ride on the established and known mountain biking trails of the southeastearn United States. Boring, I know.

Due to my work I end up spending much time behind the wheel of a rental vehicle (preferably a minivan)at large in the Deep South. I find gems like the Butts Park trail outside of Jackson, MS. I ride dead-end out and backs mentioned on www.mtbreview.com from 1997. The old K-mart trail in West Palm. Balm Boyette near Tampa. I am patron saint of misfit trails. Even when they suck, and they usually do, I get a thrill from knowing my tread has creased the earth in these forgotten corners.

Of course, I also hit the Varsity venues like Tsali, Oak Mountain, Dauset, and Santos with annual regularity.

I say this to illustrate that enough is enough. I have known of this for far too long to have not been there.

All leads must be checked.