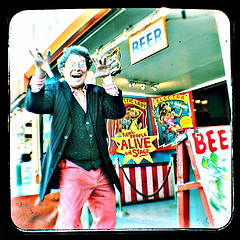 COMING TO THE WORLD WIDE WEB ON DECEMBER 4th!

The World Will (Mostly) Be the Same! 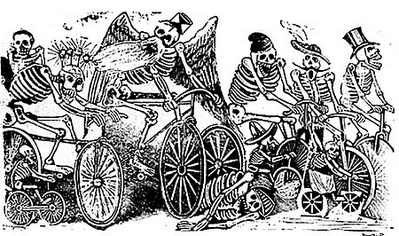 No matter where you live in this world, there are rites of passage for all of us. Fighting the bully at the bus stop, wrecking a car, becoming an eagle scout, hanging from hooks in your back, getting tattooed, puking at a concert, first kiss, first hoo ha! trying to eat 3 orders on All You Can Eat Pancake night at the Village Inn (totally not possible) it doesn’t matter-everyone has to step-up within their own cultural expectations. I was pretty lucky- no fraternity hazing, no desert visionquest- just periodic moments of truth that usually catch you off guard. you realize the significance of the ritual and you do it, there is rarely the luxury of choice. Jump off the bridge or be ridiculed for life? Where is the highest point please? It is all about having friends, dumb friends sometimes, but friends all the same. Hey! Pull my finger!

I am a grown-ass man now, and therefore I should be resting comfortably on my regal laurels as a member of the tribe whom has surpassed expecation. A survivor and a leader right?

So why do I have to ride the cold, cold 50 mile Tour de Felasco on January 13th? Huh? Can’t we just go bowling instead?

Chili Fries on me!

So what inane rituals are you still locked into in order to maintain your position in the pecking order? 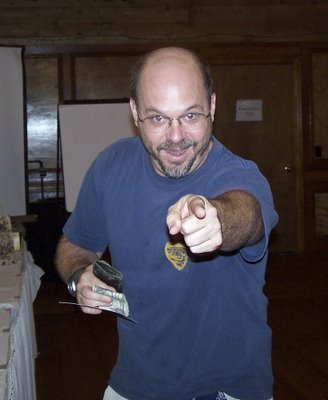 Thanksgiving is a time of grace and generosity, which is why I gave this bum a couple dollars when he stopped by asking if he could “rake my yard”. He didn’t even have a rake!

I visited a prominent church in Birmingham, Alabama last week and I am concerned that my host (Not Jesus, but his emissary) accidently prayed away my sarcasm bone. Either that, or I used it all up on the camping trip with my relentless mockery of those friends I hold most dear.

All this to say that I am in a good mood, and full of good spirit, and I want to feed you from my overabundance. I will celebrate the duping of the native-americans on the Gulf coast of Florida, where the metallic winter waves reflect across an aquamarine sky. I will be with friends and family, and I will be lazy. Oh yes, I will be very lazy my friends.

So let us bow our heads and give thanks for…

Bigworm (where you at baby!)
The Bigworm crew
kittens & ice cream
new friends
old friends
dirty friends
clean friends
pole barn therapy
full suspension (yeah I said it, what of it?)
Burritos
your local bike shop (Unless they are jackasses)
Beautiful donkeys and the women who ride them
Sascha, Jill, Al (Fat Lad), Old Bag, and my other blog-dork cronies
All the trails everywhere

Got thanks? Let’s hear it- 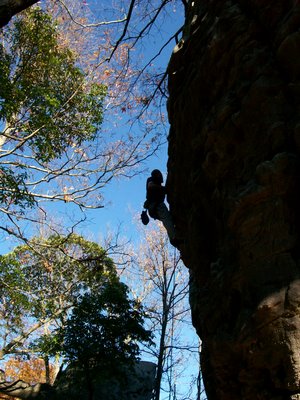 Hardman (aka Mystery the Untameable Stallion) is a gifted rock climber. Juancho and Hambone are guys with some knowledge and experience rock climbing. There is quite a difference 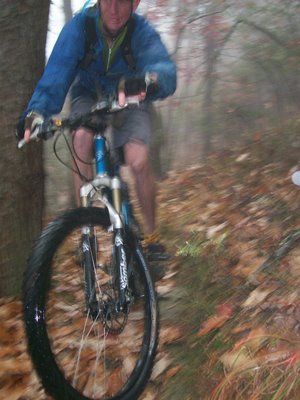 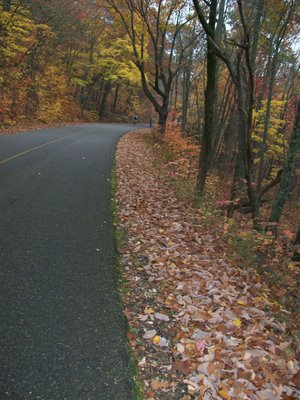 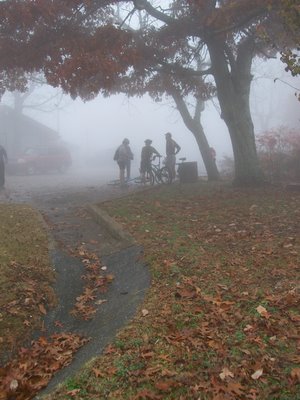 The 2006 Cheaha Trip report will be forthcoming. Its contents could ruin senatorial aspirations. Blood was spilled. Property was damaged. Trails were ridden, if just barely.

It is good to be home, let me tell you. 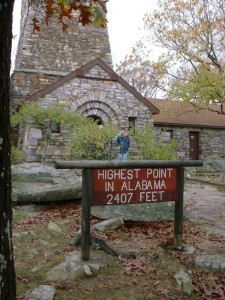 See you up there! 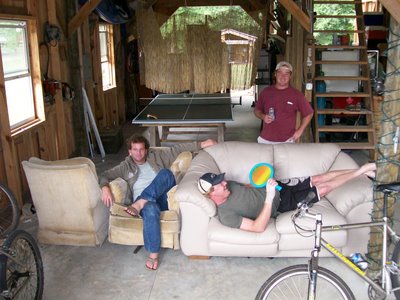 Supplanting The Atkins Diet, Acupuncture, and “Group Cuddles” Pole Barn Therapy is the new heavyweight among the health and wellness elite. A stout mixture of cold beer, ping pong, and a “horn-ocopia” of ska music appears to be drastically improving the quality of life for all disciples of the controversial new therapy.

Enthusiasts have this to say…

and others went on to elaborate…

“”Don’t forget to feed the donkeys”.

Though lacking in fact-based evidence, preliminary studies indicate that Pole Barn Therapy results in a lack of interest in social climbing, current events, and a total disregard for Casey Kasem and his top 4o hits.

(#1 hit in the land is currently Family Affair by Mary J. Blige).

One thing is certain, this soothing ointment to the itchy rash of modern life is here to stay.

It is going to be difficult to avoid saccharin phrases and cloying remembrances as I reflect on Ma and Pa Ingalls and their looming appointment with matrimony this Saturday. Nevertheless I will wipe away my early morning tears and persist.

Not since a friend’s last release from jail in an unfortunate tasering incident has our extended tribe had greater reason to celebrate. This union will formerly merge our noble families along the stature of Napolean and Josephine, and we all know how hot they were for each other- wow, I’m blushing just thinking about it!

1991-Ma haughtily informing me that the tryst I was having with the receptionist at the hair salon was not a good idea. She thought I could do better than that, not with her necessarily, but surely there must be someone if I put my mind to it. For me, our friendship started that day.

1993- Ma calls from Florida, “How do you like Montana?” Juancho: “It’s amazing. I love it!” “OK, I’m getting out of here- I’ll be there in two weeks. I’ll take your room and you can have the couch”. Juancho: “Sweet!” Ma arrives and conquers Montana shortly thereafter.

1997-8? Pa arrives at the infamous Tallahassee White House (Did Jim Morrison really live there?) driving the “Global Local” tour bus. He declares himself on tour and sponsored. He has a couple dozen kayaks and rafts . Although he is from South Florida, he has become a whitewater guide overnight-just add water. Sponsored to do what? “Pretty much to be himself” is the general consensus. Like Paris Hilton, true stars don’t need a job.

2003- At the Pole Barn, impenetrable castle and spiritual destination for my people, we are lazily chewing on hayseed and watching Suey Dog play. Suey Dog is an old lady, a little tan boxer I think-with a pronounced limp. Suey Dog would argue she is fine.

“So what happened to Suey Dog Pa?”

“She got run over like the day after I got her when I was a kid. I went running to my Mom and I was asking her if we were going to have to put her down and Mom said, ‘You’ve been busted up plenty of times and I never put you down did I?’.” Suey Dog survived.

As a friend it is comforting to know you would have to be pretty busted up before Pa will let anyone put you down.

I could go on, but I think you get the idea. I love both of these people, and there a lot more where I came from. Teeming hordes might get you close to an estimate. This weekend will be one for the ages.

And yes- we are going to ride Razorback on Friday. 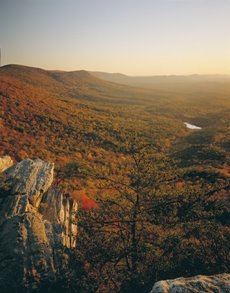 The 15th Annual Cheaha Trip is officially scheduled for Veteran’s Day weekend. In honor of where it all began, we are returning to-

This may seem obvious to those of you unfamilar with the annual tradition. Although our first organized rendevous in the mountains took place in Cheaha, in the years that followed the trip moved to other locations, yet always retained the name, “The Cheaha Trip”.

For the last 15 years (oh my!) a delegation of that original adventure crew has convened somewhere throughout the southern Appalachians on Veteran’s Day weekend in order to climb, bike, wander, eat, drink, and most importantly: attempt to shmelt a bottle into an unbroken and functional ashtray and take home the $100 prize.

If you would like to participate in this year’s rendevous, e-mail my support staff at loveyourbike@gmail.com for details.