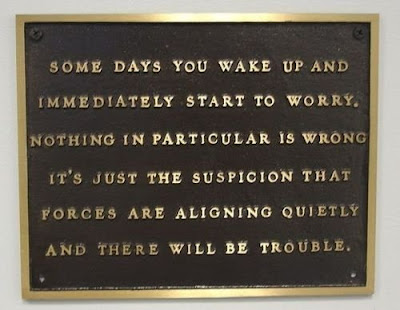 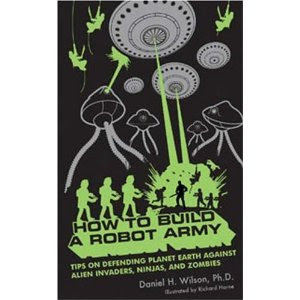 Some of you are assuredly familiar with my well-chronicled efforts to build a robot army of cycling drones. The dream is to have legion upon legion of trained riders who respond to my telepathic control.

The project has been an unmitigated failure.

The early models have all been mothballed by the brass upstairs for lack of reliability. Each step is a learning process and that is why now, I introduce to you the result of innovation and perseverance- THE BEAST.

THE BEAST was deployed at Munson Hills today on his brand new Dimaondback 29’er.

THE BEAST has a reinforced chassis and extra meat in the upper body in case I need my bike carried, or wood chopped. For a trial run THE BEAST performed above expectations completing 12 miles of single track without issue or delay.

And for the record yes, Tommy did drop me in the trees on Cadillac today so never let it be said I am ungracious in defeat.

See you out there-

I started this blog on Tuesday, April 19, 2005. The third post written on here speaks of the Munson Hills trail, or Sweet Grandmother Munson, as I call her. Since that first mention I have written over 1,000 posts and have been visited over 100,000 times (920,000 were The Human Wrecking Ball though.) Of those thousand, 950 are about riding mountain bikes in the Tallahassee area. Of those 950, more than half mention Munson. When the BRC is made into a movie, the dénouement will be set on that cinnamon and sugar path through the pines.

I guess I will have to film it down at Santos since the Forest Service is resurfacing the entire trail with red clay. I can hear the justification from the government stooges clearly. “You said it was a sand pit, you said you wanted to fix the trail, so we are fixing the trail.” This will all be said in that exacerbated voice that implies you are getting what you asked for and should only accept it, but appreciate it.

This style and strategy is old hat. It is the voice of the abusive father who makes his child smoke the entire pack of cigarettes for having been caught with one.

“What? I thought you wanted to smoke?”

It doesn’t matter. I’m just kvetching into the wind. The Forest Service could not give one tiny crap about my opinion, or yours either. I will still ride the trail and so will you. I like to go fast. I like red clay trails, that’s why I go to Tom Brown Park and Lake Overstreet.

If you ride mountain bikes in this town your DNA commands that you ride the forest after it rains. The sand sets up, the needlepack weaves tight and the Munson magic carpet ride is the best trail on Earth.

That’s all over now. On rainy days when the trail is wet we will have to go bowling, or flip through the latest Dirt Rag and wait for our trails to dry like everybody else.

It might ride nice when they are finished, but they are going to have to change the name. 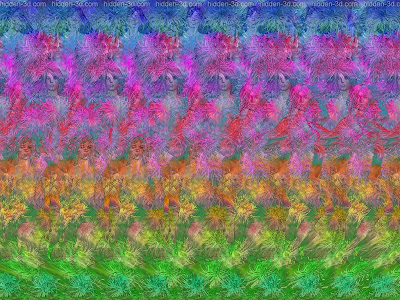 By the time I slowed down yesterday I had already ridden to the woods, run a lap of Munson and Twilight, banked onto Capital Circle and back into the woods, two hours away from my point of departure. Some news will do that to you.

It was one of those days where seemingly unrelated points converge, like staring at a stereogram and watching a static of color instantly materialize as a mountain landscape. Come July, I know my life is going to change. How it will change has yet to be determined.

I’m only talking about work here, so don’t get too wild in your speculations.

Still, while riding my thoughts into some sense of order I experienced the euphoria of moving with a tide beyond my control. This feeling was in part the relief of the pessimist who knows things will fall apart and can only relax when that expectation is realized. All the time spent filling the hurricane box justified with the lighting of the first emergency candle. I remember feeling the same way the night Mystery and I stopped in the mountains of North Carolina, defeated for the night and committed to a cold, dark wait without food or water. The relief of surrender made me giddy.

Now? It doesn’t matter. I have my health and the rest are details of setting and circumstance. The loss of one option, to continue unchanged, revealing a whole world of new possibilities.

Time to win the future. 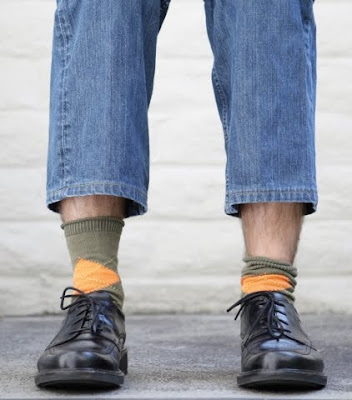 The Titus Racer X is secreted away in the trunk of a rented Impala like a doomed starlet.

I woke up expecting to put the manotard on under the business casual wear so I could ditch out of this hotel at the earliest opportunity. Santos, Alafia, or Felasco I had not yet decided. Just for the record, if you have an opinion on the matter, which would you choose if you had a couple of hours to play with on the way home?

For me I am thinking the decision is purely academic. Heavy thunderstorms are lining up to drop the hammer on the panhandle, the pan, and the whole dang stove here today. I’m not giving up. I only need the slightest encouragement, but objectively? The ride forecast is bleak.

Thank you America, for staying informed of these important developments. 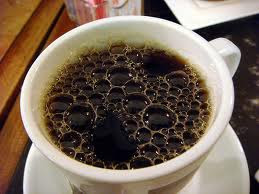 My coffee tastes like soap this morning, but I am not going to let it get to me. It is not real coffee anyway, but coffee’s forever understudy, decaffeinated coffee. It probably should taste like soap.

It doesn’t matter. You can’t keep me down. I can’t be bothered to be bothered about it. Bottoms up and glug, glug, glug. It is a dreary 50 degrees and drizzling this morning, good weather to not go for a bike ride, but that’s not what I am going to do. I feel like riding, and you can’t keep me down, so consider me already gone. Picture the contrails drifting away from this post as I clip in and pedal away. By the time you read this I am already flipping the switch on my RP-22 and getting into some dirt.

I am not going to be kept down.

I am running thin on trail soldiers lately. How is it that everybody falls out during the ascendancy of Juancho? Injuries and duty to the homestead all across the roster. I can’t complain. I have forgotten the number of rides I have bailed on, been dropped from, avoided. I have sown and rept.

Doesn’t matter, not keeping me down. 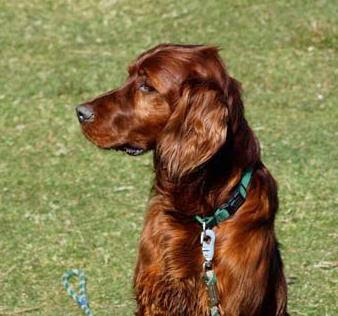 It is the principle of the thing. To a stranger your dog is not a member of the family or an old soul reincarnated in a canine body. To a stranger your dog is a piece of property. In the same manner it is unacceptable for me to park my car in your living room, it is unacceptable for your dog to attack my person, or enter my space unwelcome. I love a dog as much as the next person, although I far prefer the superior cat, but I have an issue with three dogs in particular.

I’m not sure if any cyclists still read this blog, but just in case they do, please be advised that two Australian Shepherd mixes and a young Irish Setter are attacking trail users around the race track pond area at Munson. Three times in a week I have encountered them. The Shepherds operate as a flanking team, and the Setter goes in for the kill.

Two humans may be seen with the animals. White couple, in their fifties or sixties, definite NPR types if you know what I mean. I’m sure they adhere to some dog obedience school of thought that encourages one to see things from the dog’s perspective and respect their need to hunt.

Reports have been made. They may be parking and walking in, or they may live along the trail. If you can get an address or license plate I would appreciate the information.

I hate to bring down the heat, but the situation is escalating. 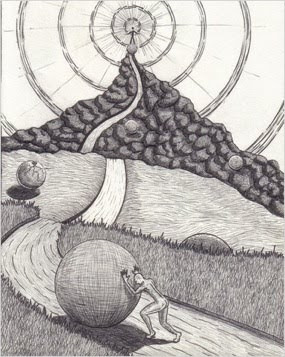 It is a cold and dreary day. Perfect for working the treadle on my grinding wheel, bringing all blades to a perfect edge. Once daunting projects are winding down into the log book. I am saving the final 50 pages of Infinite Jest. For every 10 pages remaining I have one pound of butter to disperse in the butter redistribution program. These goals are entwined, each making the other possible. Each consuming the waste of the other in a cycle of annulation. One step at a time, one page at a time until the things are done. 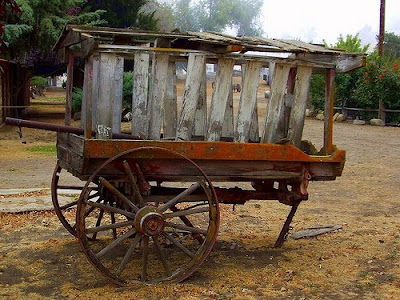 I am not by nature or trade, a “TGIF” person. My schedule is not a 9-5 Monday to Friday gig. It is an anytime, anyplace, by hook or by crook, have fun when you can and work around the clock when you must kind of gig.

At this moment though, I am thanking God it is Friday. The van is broke down in the driveway, deadlines for incredibly important documents are looming, and laundry mountain has sloughed off of the couch and into the kitchen, where it is bumping against dish mountain and threatening to set off a tectonic chain of domestic events that will likely result in a full garbage can, but no clean underwear or bowls with which to eat my flaxseed oil, walnut, and plain yogurt covered oatmeal. Then where will I be?

I am going to have to break the piggy bank on my patience and tolerance fund and spend liberally (you know- because liberals like to spend apparently?) if I am going to make it to the latter part of the day when things are scheduled to take a definitive turn in a pro-Juancho direction.