Those of you who have been around for a while will remember the dramatic rescue of my fat manx cat Iggy over a year ago. For three days he swayed 70 feet above the yard on a scraggly limb of a water oak tree. It was February and the temperatures were below freezing each night. Unable to do anything to help, I mourned his death by the minutes. It was torturous.

Pa Ingalls, here revealed for the first time as J.B. Bates, rolled into my driveway all the way from Reddick, FL with a truckload of tree climbing gear. By pure coincidence he was on a scheduled visit to ride bikes and introduce us to recreational tree climbing, but now it was a live action mission.
Ropes were flaked, tag lines were set, harness was checked and away he went. Was Iggy as awe-struck as us spectators? Did he see a halo glowing around J.B.’s helmet, or did he think J.B. to be not an angel, but an angel of death come to carry him off to the great beyond? Either way he offered no resistance and gratefully slumped into the bag rigged at J.B.’s hip. Once on the ground he sprang from the bag and bolted for the house so fast he slammed into the closed door.

Now J.B. and another long-esteemed friend of the BRC, Danny “the Mayor” Lyons from www.inkspotproject.blogspot.com have gone legit. They have hung out their cat rescue shingle and another family has already been reunited with their wayward cat. Click on the logo above to learn about their services and read about the heartwarming, inspired rescue of “Kitty” from the community of Mcintosh, FL and know for yourself what heroes look like. 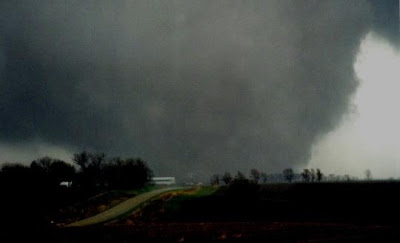 It was the summer of 1995 and someone was burning down black churches across the south. Me and a couple of buddies loaded up and drove deep into rural Alabama to find one of these churches and offer to help. We found the Rising Star Baptist Church in Greensboro, Alabama. There was nothing but a foundation and the charred husk of an old one room church. We walked to the nearest house and met an elderly woman who was a life-long member of the church. She invited us in and over a glass of tea we answered her questions until she overcame her bewildered state and understood that we were not with any group, we were just us. She was skeptical, of our intentions or our ability to do anything to help, I’m not sure. She sent us to the local catfish farm to ask around for the pastor, who wasn’t there.

We found him later that day and promised him we would return to Tallahassee and find a way to raise some money to rebuild the church.

This began my career in non-profit community service.

With the help of the Tallahassee Rock Gym, folk artist Mary Proctor, Joe’s Bike Shop, Quarter Moon Import Shop, local bands Felt and Sidney, 7 other churches, 2 synagogues, and a mosque we produced our first benefit show. I think we raised $1,500 which was matched by the congregation of the First Missionary Baptist Church on the corner of MLK and Tennessee Street. It wasn’t enough to build a church, but it was something, and we had done it all on our own initiative.

I know a hell of a lot more than I did then, and I’m looking for another Rising Star. 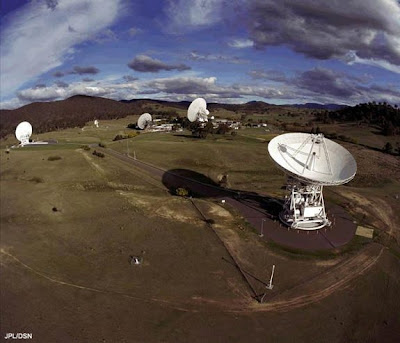 My vast network of spies and satellites tell me that Uncle Todd has breached the southeastern perimeter. He is embedded in a suburban safe house somewhere along the I-4 Corridor. This news has the Robot Army on mauve alert. I myself have gone into an inverted position to rest my legs until I engage Mr. Todd on Friday afternoon.

I have contracted a team of documented aliens to cart me around south Florida by hand this week so that every ounce of strength can be applied to representing TEAM BRC this weekend on a tour of Florida trails.

They need to get in here and cart me to the kitchen, I’m getting hungry. 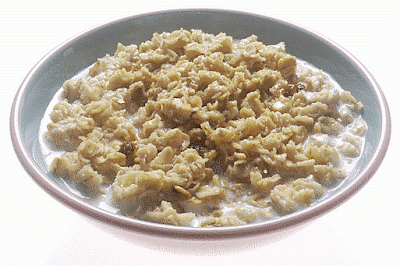 Up and at ’em! Rise and shine!

I’m squeezing in a quick ride at Munson with the Robot Army, and we’re rolling out a new demo today. This model used to see heavy use on the trails and around town, but he decommissioned for the last 5 years to work on building a restaurant. I expect great things from this one.

After the ride it is time to get out of here. I haven’t left my lair in quite a while and for that I am grateful, but it all ends today. I will be out of town more than in for the month of May. Between work and rock-n-roll I have a lot of responsibilities and none of them can be handled at 1111 X Street, Tallahassee, FL.

Tonight though, I will be relaxing with the folks on beautiful Anna Maria Island, maybe eating peanut butter out of the jar at the kitchen counter or lamenting the devaluation of the American currency and the wisdom of the Truman administration. Whatever I’m doing it will be good.

Don’t try to rob me. I have the robots prowling all over this place while I’m gone. 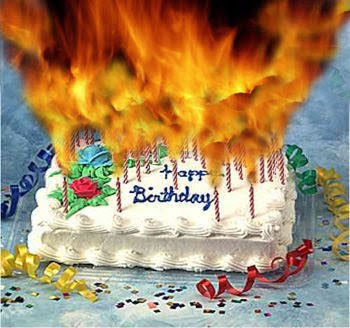 Now where did I put that skateboard? 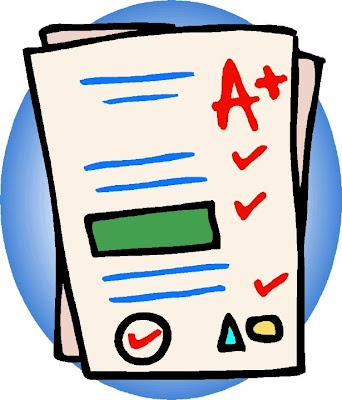 If you show up for the Munson Monday rides you are familiar with the jostle of falling into the group at the right pace. If you jump in too early you can quickly find yourself in cardiac distress. Fall into line too late and you may end up walking your bike behind the beginners who want nothing more than for you to pass them so they can get back to crunching gears and squeezing brakes. The cycling community to this point has offered only the dull “A Group” and “B Group” classifications. This represents the people who are going to drop you and the dropped. The pace a rider is able to maintain is only one of many considerations for labeling a ride. That is why I use the following classification system to find the ride and partners most suited to my mood and abilities.

•Nature Lover- No concept of speed as an element of mountain biking. Compatible with “toe baskets” and hiking boots.

•The Hangover- Same speed as the Nature Lover but with moaning and spitting.

•Demon Chaser-Might be a fast ride, might be a slow ride. It doesn’t matter as long as you are suffering as much as possible.

•Weekender- Fast enough to brag about, short enough to have energy to mow the lawn.

•Pranic- So fast you don’t move through the trail, the trail moves through you. Effortless and connected to all things. 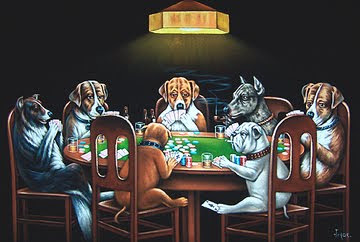 The Robot Army held practice today at Forest Meadows. We climbed some hills, ran some single track, practiced dismounting adversaries with our green laser eyes, the usual routine. Riding with these guys is turning out to be seriously good for my game. Steady tempo miles keep everything running smoothly. This time, after we were done, my legs felt so much better than when we started I decided to run the gauntlet from North to South despite the traffic and make it to the Munson Monday ride. If I was a real stud I would have ridden there, but logistics you know- I do have some other responsibilities beyond riding my bike (had to put the cat in his sailor outfit.)

I made it to Munson with a minute to spare, but I soon realized nobody was going anywhere in a hurry. I waited the appropriate 4 seconds and took off solo. After a few minutes of spinning in the middle ring I began to picture them all behind me- chasing me. They were slavering dogs and I was the nimble fox. They were the landlord on payday and I the delinquent tenant. I felt a tingle all over and shifted up. I rode in this self-inflicted pensive state, rolling my tired legs around like I was breaking rocks under the warden’s hard gaze. I heard a chain slap echo through the trees and then I really started riding.

I passed three riders going the other way and held my line, breezing them like a subway blasting through the station. No more room on the express today.

I saw the colors of jerseys somewhere after the traditional trailhead, but I had just seen a rattlesnake, which detonated the firing pin of my last adrenal charge for the day. If I can just make it to the trees they will never see me again. I stood up and plowed through the only stretch of sand left on the trail and entered the trees sublimely out of control and completely calm.

I had just enough time to take off my helmet and act natural as they pulled up to the trailhead. I hope I never find out how much of a lead I had. 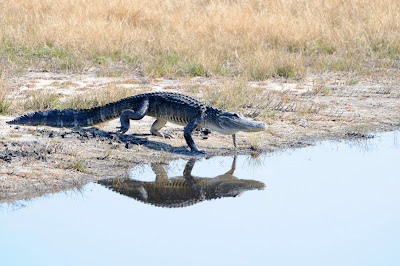 We didn’t see anything quite like this guy yesterday, but we saw quite a few lesser beasts at the Refuge yesterday. A couple of sections of the ride go through some low-lying areas where the trail is soft and spongy and the grass grows tall right to the edge of the trail. I know I was calculating how fast I could drop Bob, or push him into the tall grass should I need to make such a hard decision. I assume he was doing the same. No hard feelings right Bob?

That was probably the last day to ride out there before the bugs move in and take over for the summer, maybe not though. Check it out and let me know how it goes next weekend.

This is going to be a busy week around here, I know that much. Lots to do, lots to be done.

The Robot Army put in some solid performances over the weekend and if I were those guys from BikeChain, or Higher Ground, or Bike Church or whoever- I would start getting worried. A couple more years and I am going to unleash these saddle droids on their unsuspecting asses and the Age of Juancho will be ushered in on the trails of the Big Bend. Just wait and see!

This is long enough right? Because I’m out of here.

“Say thy prayers, dear Faith, and go to bed at dusk, and no harm will come to thee.” 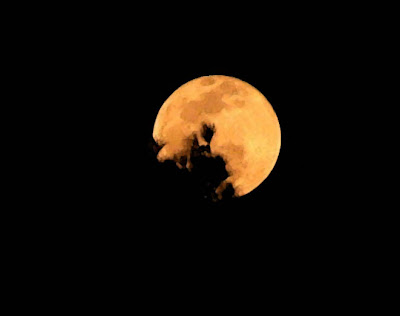 In smiles I saw fangs and in wine I tasted poison. The monk, cured of desires, craves the monastery and a bowl of curd upon rising. The gift of a day is more valuable than the promise of an evening. Let the devil get his hopes up. It is his time to waste. I am no apostate. 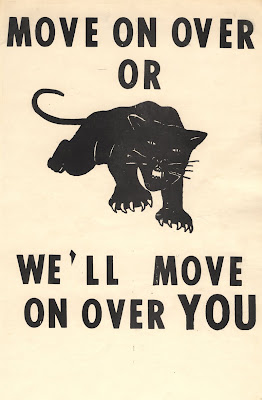 Back in October I was on a diet. I am still eating the same way, but it is no longer a diet. Now it is my nature. All rice is brown. Vegetables come from up the road, not across the ocean. Meat is something to savor and encounter sparingly. Breakfast is oats and yogurt, not biscuits and gravy. Sugar is wicked and flour is glue.

I am a hothouse flower with claws and teeth. A single source fuel cell designed to power a 27lb aluminum rocket. A 40 year-old man who had a taste of decrepitude, a preview of the unraveling of the sickly dysfunctional organism. A death on failure’s terms. The humiliation of “can’t do.”