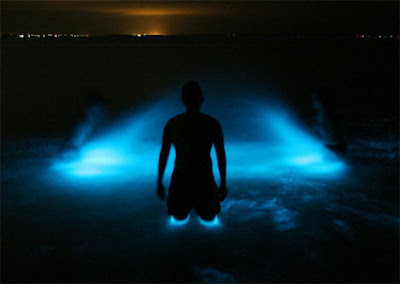 This story finds the writer walking up and down the block with a zip-loc sandwich bag full of water. In the other hand is a leash. At the end of this leash is a diminutive dog, an apricot poodle-cocker-spaniel mixed breed, commonly known as a poodie-cock.

The writer is menacing the poodie-cock with the zip-locked baggie of water, this water-bomb. The writer has no opportunity to explain this to approaching walkers, who are pressed into service as necessary distractions. The walkers approach. The poodie-cock coils to unleash a withering bark, but a-ha! Pre-empted by the writer with a swift trebucheting of the shoulder the baggie explodes on the pavement next to the dog and the writer utters his disapproval with a gravelly, ominous baaaaaaaaa!

Just days prior to this moment the writer was pedaling a bicycle furiously across lands known and unknown, absolutely crushing the pedals towards the earth when this same baaaaaaaaaaa! escaped his lungs in a wheezing deflation like a piano falling to the earth, or a water buffalo felled by a bullet. Then all went quiet. The writer gazed up into trees, now in light fall colors, beset by a sprinkling of stars or flashes of light sprinkle-sparkling around his vision as though he were wearing goggles and swimming in a bio-luminescent tide. Toes move, then ankles, knees, hips- Oooo the hip! Then tender ribs accordion a breath and bloody elbows prop the writer prone, a thread of drool descends to the cinnamon dust and lifts again as the wheezing writer regains his senses.

The world is so quiet and calm after a crash, like a period on the end of a rambling run-on sentence that just doesn’t know when to quit, constantly striving to include one more appositive phrase, which is a description of something already named when you get right down to it, but before the writer attempts to stand he thinks about that apricot dog, and the baggies of water, and of winning the battle for control of the pack.

He brushes himself off, mounts the bicycle again (he is still so far from home) and considers the possibility of writing of himself in the third person, knowing that it is an eye-rollingly dull gambit, but useful and fun all the same.