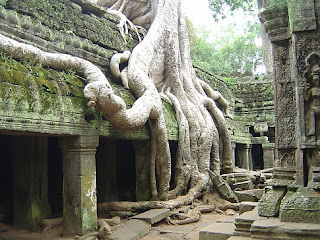 Before the great trail boom of the early Tens riders of the Seven Hills trails were tenuously affiliated by common interest and a desire to not associate with one another.  Riders marauded in groups of 3-5 chopping their way along deer runs and drainage culverts harvesting ticks and impetigo picked up in the people-free zones of unintended spaces and unmonitored woods.  They rode bikes, but they did not go on bike rides. Cycling was a fierce and  vagrant way of life.  Conflicts were settled by jousting in a bull ring until one rider remained to defend territory.  Lesser riders slunk off to the FSU campus and the Power lines to gather skills and strength for the next encounter.

Bottom brackets had to be drained of rusty water and bearings were stolen and scavenged wherever they could be found.  Rims were straightened against Water Oak or Slash Pine.  If you could not repair your bike alone, you were left in the woods to die or learn.  It was the way of things in the pre-enlightened epoch.

After the turn of the new millennium, the Seven Hills experienced a period of cataclysmic growth, an asteroid of public interest and government-sponsored development occurred.  The indigenous tribes adapted or died off, with a rare few retreating to the confines of the Live Oak Connector to survive on dead trees and no trespassing signs.  Trails became faster, and a source of pleasure.  New routes mushroomed in park and forest.   Cycling evolved. The trails soon bore scars of too much love, like a burn from Daddy’s beard.  Gradients were nuanced, and technology began to merge with nature, improving on the organic design of terra firma.   New tribes swept in on these changes and rolled the trails in powerful numbers.  As farmers and builders they came to stay and make their mark upon the lands.

Many years passed.  Zip-lining  emerged as the new dominant force in the Seven Hills.  The government was forced to turn their attention to the trees as the demand for new branch-free pathways became shrill.  The trails below fell into disrepair, but the proud infrastructure of the builders held true. Roots entwined through bridges and kudzu covered wall rides.  Red clay sank below cinnamon sand and held a firm base just below the trail like a secret.

Refugees banded together, some carrying the genes of the indigenous riders, and some were descendants of the Great Builder Era, unable to adapt to the trees, and left to grunt and scratch at yesterday while their kin zipped through tomorrow.

The Seven Hills trails became wild and beautiful, sloppy and dangerous, with breath-taking lines unattainable by humankind or nature alone.