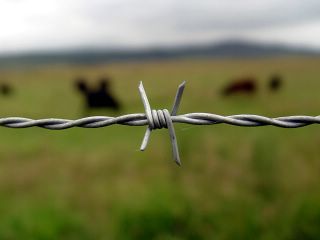 The key to performance is proper nutrition.

That’s why I am switching to Samuel Adam’s Light beer. It is still expensive enough to make me feel like I’ve “made it” and can afford to waste my money, while still separating myself from the NASCAR class through sheer affected snobbery. I intend to come ripping out of the fat suit this summer, and release my inner water bug. I have considered many options, with white wine spritzers running a close second, if that’s not commitment I don’t know what to tell you.

In addition, I have canceled the cable television. That’s right, cold turkey. It was just supposed to be a frivolous winter fling between Comcast and I, but I’m afraid it has gotten serious.
When I called to issue my cease and desist order, the helpful drone on the other end, requested an explanation. I told her I didn’t want cable because I stayed up until 1:00 A:M last night watching The Deadliest Catch. Three straight hours of dirty men getting seasick, maimed, and killed in order to bring King Crab legs to the tables of pig-out buffets globally. I became especially unnerved as I sat drinking and smoking, watching them drinking and smoking. I thought smugly, what a bunch of losers, then they would take a drink, and I would take a drink. They would tell a joke, and I would laugh like I was there. They would light a smoke, then I would light a smoke. Apparently I am highly susceptible to suggestion.

Unless of course one of my good friends is suggesting something helpful, or positive to me, then I don’t want to hear it.

Part three in the “Escape the Fat Suit” campaign is watching hot women at the local gym while I sit on some machine I can’t comprehend the purpose of, or “going to the gym”. I’m not sure how this is supposed to help, but I have it on good authority that it does.

At least they have T.V. there.

5 Responses to Wash it down with turpentine.