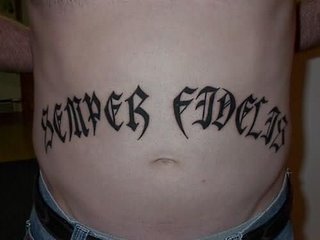 Marines are tough. That’s how I knew my Uncle J wouldn’t lie down there in the dirt forever, but eventually he would get up, sigh heavily, and continue our slog through the Sun-n-Lake Preserve off road trail system in Sebring, FL. It was supposed to be a nice family outing, and for the most part it was. After an hour we had stopped beneath a copse of pines and scrub oak, to seek some relief from the blazing Central Florida sun. Uncle J was slumped against a spindly Slash pine, arms flat at his sides like a discarded marionette. “Go on without me” he said slugglishly. “I’ll be fine”.

Now, I took offense at this. just because Cousin T and I spent our twenties studying esoteric nonsense in college, partying, and frolicking in the Montana Rockies, doesn’t mean we leave a man behind.

Did we leave a man behind that time our AAA Driveaway car was a 2 seater and there were four of us in the Arizona desert? No.

Did we leave a man behind when we packed up in Portland and came back to Tally to crusade for Bosnians? No.

Did we leave a man behind that night at the Alachua Music Harvest after the James Brown show? Yes. And it was me, and I’m stilled pissed off. It was a long walk back to town.

But hey, accidents do happen.

One hour into this ride we had already crossed approximately 170 log jumps, slugged through muck ponds, and scratched our way over palmetto roots, often called gatorbacks by people who can’t admit their trail is near unrideable. Sun-n-Lake Preserve- sounds nice right?

We discussed our options. Take the bailout to the road, or finish the loop we started. “I think heading straight for the road sounds great!” says Uncle J. “Yeah, we better get back soon or Mom will be mad at us.” says Cousin T. “That’s cool” I say. “I’m going to write this up either way, so it’s all the same to me, but the record will show I was prepared to continue.”

Uncle J’s brow furrowed, as he imagined the lies I would tell, the unflattering caricature I would render. I might even be low enough to share the fact that he actually said, “I’m two years away from Sixty” as if he was ready for the shuffle board court.