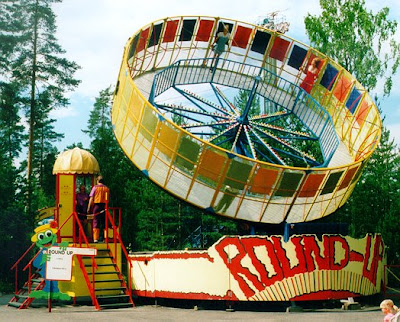 We have an overcast morning and the workload is light today, those are the conditions that produce pots of soup around here. I’m thinking black bean.

It is First Friday, which means I can enjoy one of the simplest pleasures in Tallahassee of wandering around Railroad Square bumping into old friends, checking out the latest robot and monkey visions of John Lytle Wilson, and exploring the embryonic creations of the BFA Warehouse. I bring along a couple of bona fide artists so my yum-vs.-yuk-o-meter is informed by insightful perspectives, but mostly I just think they are fun people who enjoy the art of conversation. And beer.

I am in the midst of a deeply gratifying musical exploration.

It all began at the Polyphonic Spree concert, then took a turn for the eccentric with an introduction to Daniel Johnston via the movie The Devil and Daniel Johnston, and has now settled in with my old brother in adventure, Herman Jolly, and his new album- Bunker Life. If there is one thing I understand, it is bunker life.

These three disaparate acts weave together for me. I wish I could give you a bunch of links, but this ain’t the Drudge Report so feel free to use this amazing website I found called “Google”. Really, it is amazing, you are going to be blown away.

Hambone is on board for a good, long Sunday ride. Anyone else? I’m not ruling out some miles today either, but Sunday is on, and Saturday is not, unless it is to watch the parade heading to the first FSU home game. (Don’t roll your eyes all of you “indie” types, you know you love them ‘Noles!)

11 Responses to The Round Up