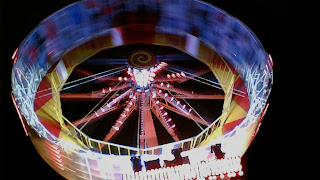 Well it is Friday, which for most of you means some sort of government sanctioned rest time is due you for the next two days. I don’t know how it is where you live, but here in Tally it is balmy and the air is soft and gentle. A mild 65 more or less. Not so bad for riding bikes is it?

Not a bad idea, I just might do that.

Meanwhile, Sasquatch Kate Olsen continues melting his way towards an impossible 225 malnourished lbs. Yesterday he went to the doctor, alarmed about some bumpy protrusions along his chest.

Turns out they were just ribs.

Through a long and complicated bartering system I learned from the Mongols while fighting Mother Russia in the foothills of the Steppes, there may be a Titus Racer X frame coming my way soon. If that doesn’t speed my up or make me look cooler, (or something, just anything please Lord!)then I’m going back to collecting beanie babies because anyone will tell you I was pretty good at that.

What else is going on out there? All BRC carnies, stop by the big top and report in.

12 Responses to The Round Up