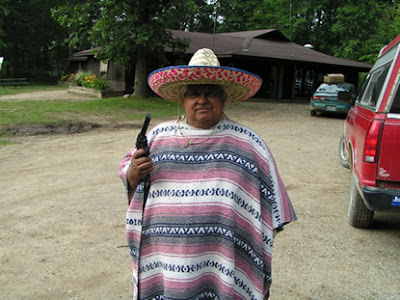 Some things you may not know about Mexico-

They have public services, like people cleaning the parks and directing traffic.

I have yet to see anyone shoeless unless they were on the beach.

The folks who go over the border looking for work are probably folks who need work.

Their bagboys at the grocery store are teenage punks with stupid hair, just like Albertson’s, but not Publix (which frickin’ dominates the grocery world.)

I have hardly eaten any cheese since I got here, and refried beans may actually be American food.

The curbs are significantly higher and if we grew up with curbs like that we could all jump our bikes even higher than we can now.

I have not seen chicken one, and that is a bit of a disappointment.