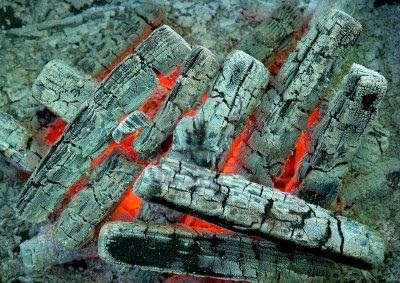 Yesterday the Great Magnet saw fit to allow me to complete some tasks that I have been working on for months. You grind and grind and then all of a sudden, boom, it’s done. I had to celebrate by breaking my ride fast of 6 days. I got to the trail-head at 3:30 P:M. The thermometer read a cool 96. That number rose sharply as I pedaled into a controlled burn in the forest. The woods were charred black and still smoldering and the air was hazy with smoke and heat shimmers. I stopped to dampen a bandana and tie it around my face as a filter. With that I felt like I was being water-boarded next to a pizza oven. It was still a good ride, as most bike rides turn out to be.

Back in the Safari I trekked over to yoga and slipped into a Pranayama a few beats behind. With no time to stop at the house I was wearing my bibs and a dress shirt I found wadded in the seat pocket of the van. My shins were covered with soot and the sweat rolled down my polished bald head unchecked. Although the room was packed I seemed to have plenty of room for my Warrior Two. I went through the motions and held poses for days, but I played Whack-a-Mole with my thoughts. At its worst yoga is still a good stretch. With the tails of my button-up shirt sticking to my backside I namasted out of there and back to the van.

Swinging by the house I changed, ate a banana (major sugar!) and bumped some Nas on my way to the Tallahassee Rock Gym. The rock climbing revival is still going strong. The Torso and his family were already there and the place was packed for student half price night. I waited patiently, belaying babies and teaching newbies to tie figure eight knots. I climbed on Tuesday and the Torso’s beeper fell out of his pocket from 20 feet up and brained me on my exposed dome. He appraised the lump and the nick in my scalp with chagrin. When you are climbing rocks fall, it is part of the game, but who carries a beeper in 2011? I got to tie in eventually and go at it on a couple of stiff 5.8’s that were more than enough to satiate me and close out my triple play evening.

← Good things come
In the Chute →