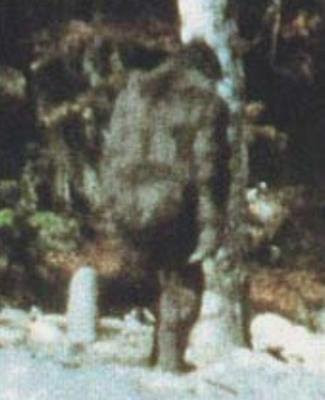 Remember Sasquatch? This blog was built across his broad shoulders. We would ride. I would get on the internet and lie about that ride and the next, and thus this blog developed plot, character, and theme.

In the beginning S’quatch was fearless. He rode all the trails, crying like Chewbacca on those that were “bumpy.” His specialty was the crosstown explorer ride, where his ability to evade detection and ignore POSTED signs gave him solid advantage. Singletrack, doubletrack, sugar sand, and road- he left his King of the Symians prints all over.

Then, was it after an injury? A long winter? A too long sit at the holiday table? He became native to the forest. He became the Nessie of Munson Hills.

A bike was broken. The replacement came. It looked to be of the same quality as a decoder ring stuck to the bottom of the Crackerjack box. He loved that decoder ring! He declared it superior to all previous rides. He was happy. I was happy- if only in the forest.

Now. The decoder ring is broken, and yet to be replaced. He lays in his den, overcome by the swine flu, growing weaker by the day. I ride by, hoping to coax him out with a side of beef, or two McDonalds chicken wraps, but I only hear him softly mewling through the window.

Another replacement frame is coming. He will have to take what he gets. Suspension is unlikely, front or rear. He has no collateral with which to barter upgrades. His tandem road bike, useless curio that it was, can’t be traded for a Fox Vanilla or even a kind smile, as he lost it to a hustler down in Memphis.

6 Responses to The Myth is Fading