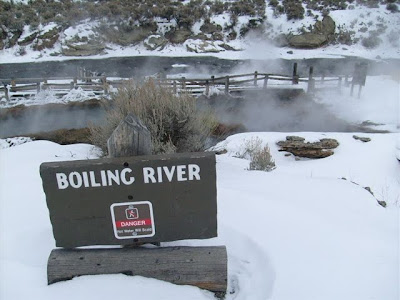 I have been trying to shake a cold since the weekend and I had the damn thing cornered in my right ear. With a flanking attack I sent the Neti-pot in through the sinus cavity and the hydrogen peroxide down the Eustachian tubes. Pinned down, the bug just dug in deeper. My plan of resting and waiting was getting me nowhere so I suited up to go ride it out. I drove to the trail (justified by vague self-talk of going to work after riding) and to my chagrin I had forgotten my shoes.

Having nobody to complain to, I cranked the Safari and drove back home to verify that my cleats were on the kitchen table where I placed them. So that is what I get for driving to the trail. When you ride from the house you never forget your shoes.

The urge to ride then passed, and I was a little dizzy from the ear thing frankly. I decided to heed the signs that I was not quite in riding shape and opted for a tub bath and another 30 pages of The Instructions which is a revelation and a delight.

Wouldn’t you know it, the steam popped my ear for me. Is there a moral to this story? Can you put it into words for me?