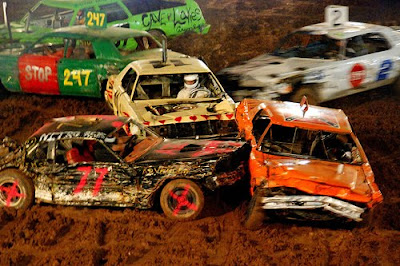 The fear took hold of me about an hour before the ride. I knew it had me from the tunnel vision. I kept looking for a missing glove in the same three spots. Over and over- not in the dryer, not in my pack, and not under the bed. These were the only conceivable spots I could think of so after the bed it was back to the dryer, then on to my pack, and so on. I found it velcroed to my helmet straps.

Stevie and I showed up early to the ride start and when I pulled my bike from the van I heard and felt a soft “pop!” in my Iliopsoas region, the very region I had stretched into oblivion the previous night at yoga.

“I’m ok!” I assured myself and Stevie as I sunk into the dirt at the bumper of the van. “I just need to stretch right here for a second.” Stevie looked on suspiciously noting the dirt and ants now sticking to my flop-sweat covered arms. I performed a 17 step maneuver to regain my feet and crawled into the saddle. It didn’t seem to hurt anymore when I rode so I soldiered forth.

The six of us rolled out at a pace at or near my redline effort. I won’t speak for Stevie, but I couldn’t help but notice I was not a known “local legend” like at least 4 of the group. Maybe I am, but not for the same reasons. In fact, it would be for the opposite reasons (Can you believe that guy keeps riding bikes?)

20 minutes in I watch in terror as this fellow I will call Larry, who is the senior-most gentleman on the ride, launches over a swale and ejects from the saddle at about 20 mph. Tumbling and rolling, all arms, legs, and swivel-necked he flies through the air. He comes to his feet, collects his bike, and takes off again claiming he is fine. He leaves his water bottle on the side of the road, shrugging it off as superfluous.

An hour later, deep in unknown territory (for Stevie and I) we make a sweeping left turn in a sandy corner. Our speed must be somewhere around 37 mph. Stevie launches from a cornice of limestone as his front wheel is washing out in the sugar sand lip and he violently augers his head into the dirt, folding his handlebar into his ribs and leaving a bas-relief impression in the sand. Being last in the line I have the best perspective for these crashes.

Stevie sits quietly, unable to respond to me. He catches his breath, rises slowly and remounts. What choice does he have I ask? There will be no medevacs today. We ride on. Finally we come to a stopping point and conduct a physical inventory.

We are a goddamned mess.

Stevie’s wrist is plump like a sausage and it looks like he has an orange hiding beneath the skin under his armpit where the handlebar assaulted him. We begin negotiating an exit plan. We are some distance into the woods now. Who can say how far? Every foot has been a desperate fight to remain in contact with the group for me. Nate, who has been doling out the abusive pace, volunteers to lead us back through the woods, which he does with excellent dead reckoning skills. He stops to take a picture of a pile of abandoned tires dumped in the forest and Stevie and I don’t slow down or even look back. We can’t get out of these woods fast enough.

Riding with one hand the whole time, the sausage arm points upward as if he is waving hello (which is not something he is known for.) We exit the forest and hump it up the highway to the van.

There is no moral to this story, because the story itself is immoral. It is simply a sad and cautionary tale of free time poorly used.

Use your free time wisely and complete the BRC consumer survey here if you have not done so, and help make stopping at the BRC a wise decision in the future.

6 Responses to A Forest Ride