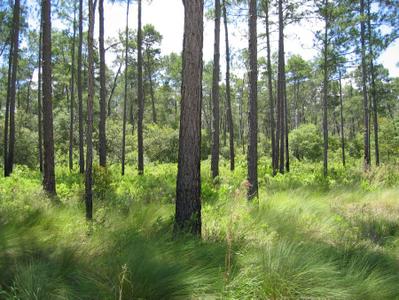 “IfIhadabike” wrote the following the other day…

Being a nature boy at heart I must admit to strong daydreams of breathless single-track riding on a sweet bike, sitting in a wet, sandy bathing suit on the leading edge of the gulf tide at St. George Island in the late afternoon when everything slowly turns blue and gold as the sun that warms your legs and back starts to dip and the moon starts to slowly rise in the sky with the sound of the surf filling your ears.

I think of laying on my back looking up at trees and the way when the wind is just right in their leaves it almost sounds like they may be trying to tell you something secret and divine if you just listen closer to them for a while longer and be still.

Actually seeing stars at night, ambitions of having a garden – tomatoes, root vegetables and maybe even some orchids.

I think of the good feeling of standing barefoot in grass with a cold beer in hand and old friends laughing close by. I think of a relatively laid back life style in a southern city, where a job is something you do to pursue your lifestyle and not where your lifestyle is a job.

This ain’t false advertsing people, although most of you know this to be true. Beer should have been mentioned much sooner, but other than that I think he captures our virtues pretty well. I don’t know about the rest of you but I very clearly hear what the wind in the trees is saying…

“Juuuuaaaancho, you are so damn handsome.”

“Juuuaaaancho, wait up for the other guys.”

“Juuuuancho, are you going to eat the rest of that?”

I thought everybody knew that’s what they were saying.

S’quatch needs to come on and tell us all about the addition to his pool. He is really working on that natural, grotto-like environment. I, for one, am very impressed with his commitment to xeriscaping, which as you know, is a word that begins with the letter X.

← Time for the Saints to get Marching
Global Local →