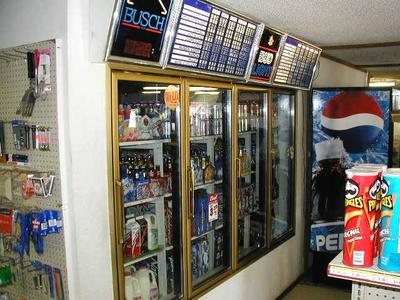 Sometimes the difference between self-image and reality is frighteningly vast…

We raced out to Munson to get a late lap in on Monday night. Having no after ride plans I didn’t bother to bring a pair of shorts, or my Chaco’s, or a t-shirt along. I was just geared up in the usual Man-o-tard ensemble. Frayed and semi-translucent Pearl Izumi bike shorts with a flatteringly large diaper-like chamois pad, too-tight (because I’m hugely muscled) blue jersey with the sleeves cut out for maximum pit exposure, zipper open to my navel, and your basic cleated shoes. Having just completed a pretty quick lap under harsh and sandy conditions I was pumped on testosterone and pretty much felt as sexy as I thought I looked.

After loading the bikes on the Montero we were stunned to find out it would not go into gear, or start. We were broke down. I called for back-up, but the LSU vs. Tennessee game was on so I didn’t expect a rapid response. While my buddy cursed his vehicle, rocked it back and forth, and manically turned the key, onoffonoffonoffonoffonoffonoff, I thought I would make myself useful and go find some survival supplies.

Now I’ve entered many a convenience store in my sweaty, lycra-wrapped best and thought nothing of it, usually too bonked to care, and this one was no different, except…

Was that a giggle I heard? A snort? As I pulled a 4 pack of Mountain sodas from the cooler I hollered at the counter, “Are you ladies laughing at me?” No answer, they were hushed and chastened. I approached the counter, leaving a drippy trail of slime, clip clopping like a show pony, nipples erect from the icy blast from the cooler. Two black women, unfamiliar with my cycling prowess barely suppressed their laughter as they tried to collect themselves for the transaction.

I spun, slow and Neil Diamond-like in a sexy arc, arms wide, chest out. “I know you aren’t laughing at all of this.” I ran my hands down my meaty frame, pressing more sweat to the floor like a squeegee. The younger lady,( pretty with elaborate nails, much weave, and nicely scented) couldn’t take it anymore and doubled over in- appreciation? Swooning passion? Hard to say which facet of my masculinity caused her to lose her professional composure. Poor thing.

The older woman-more portly, quite buxom- shook her head and clucked her tongue, obviously disapproving of so much skin on display (She probably prefers to leave a little to the imagination).

“The shoes clip onto the pedals, that’s why they make that sound, you know, like a show pony.”

By now the younger woman had excused herself, rapidly fanning her face as she walked away.

“I do that to lots of ladies, she’ll be all right once I leave.”

← The Most Important Meal
At the Crossroads →

14 Responses to The Clothes Make the Man