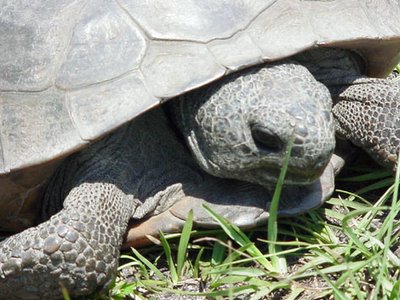 I’m not sure how, or why I chose to follow the gang out of the lunch area. The rest had done me more harm than good. Although I ate two bowls of the chicken soup I had longed for all day, there was no joy in it. I savored it no more than a man enjoys a meal in the shadow of the gallows. Goo, Espresso Love flavored, had become my fixation, the only thing I wanted. The only thing that worked.

We left as a merry band, jostling and reassuring one another we were “almost done”. Within about 100 yards I was alone again. “Go on without me!”. “Leave me alone, I’m hideous!”, I cried, and the vermin turncoats were all too happy to oblige.

Then, the worst possible thing that could happen, happened. I saw Sasquatch.

What was he still doing here?
WHO FIXED HIS FLAT?

Who fixed his second flat after he failed to fix the first flat?

The situation was quickly becoming untenable. During a quick, and rather subdued conversation, S’quatch informed me of his many delays and setbacks. I feigned sympathy and interest, trying to purse my lips in the manner that I supposed people did when they were concerned for a friend. I made my eyes baleful and guileless, nodding in hypocritical empathy while inwardly I guffawed and belly-laughed at every mishap he relayed.

We parted ways, and I contemplated how much time I had on him, including a 15-20 minute break he would undoubtedly take for lunch. I bent to my task with redoubled efforts, creating a visual change in my riding of absolutely nothing. My aching and hyperextended knees could only push the pedals through the momentum of leveraging my bones into the cranks, much like a double amputee would pedal with prostheses.

Mile 35ish? A mirage of riders and volunteers filled the muddy trail in front of me, and, oblivious to chimeric tricks of the mind I trudged ahead determined to stop for nothing.
“Excuse ME!” said a phantom rider as he hurried to pull his imaginary cycle out of my path. I pedaled on, maintaining just enough momentum to keep upright.

“UTAH!” I hear, and it registers deep down where my Ego has long since taken refuge behind the Medulla Oblongata. It’s Pa Ingalls! And the Mayor! Hambone! Taco! They’re all here!
Unable to communicate my joy at seeing them again, I think only of the spectre of Sasquatch-rested from a hearty lunch no doubt-and churning like a washing machine behind me somewhere. I press through them as though they too are simply a reel of film, projected from my brain onto the real world.

And of course they pass me again soon afterwards, laughing as one and in the best of spirits.

Mile 36ish. Nothing matters now. Not finishing. Not beating Sasquatch. Not living or dying. There is only the pain and my intimate relationship to it. Like a hostage who thrills to see his tormenters each morning because they are his only companions, I cherish the pain as my touchstone to the world. For it to cease, I would have to not be.

Mile 38? I saw him through the trees, and I think he saw me. He was standing up, but trapped behind some riders. I begin frantically clawing the shifters and kicking my feeble legs against the cranks. He’s gaining on me! Oh God, not this. Why this? I can’t let it happen. Unfortunately the gradient of the earth pitches up in the slightest of angles, bringing me as close to a complete stop as I can be and still move. I quickly make adjustments and change tactics.

“Sasquatch! My Broooooo! Way to crank it out!” He hesitates slightly before pulling up, and there is only the slightest trace of congeniality in his eyes. We both know what games have been played today, and I suspect it makes him uncomfortable to see me do anything but fall on my sword at this point.

“Man I’m struggling, aren’t you? What do you say you and me limp in these last few miles together? Like the old days?”

He casually inquires about the whereabouts of the others, and I lie through my teeth saying “They’re just up ahead, everybody’s chilling out now, kicking back.” I want nothing more than company right now, to coax me along in the final grueling miles. I have a rueful vision of S’quatch–sitting on the cold ground, face in the biting wind, hands full of incomprehensible bike tools and inner tubes– as I rode away from him at mile 9.

Ceremoniously he pulls something out of his jersey, and says, “You know what’s working for me? These Coconut Longboys! Man, just put that in your cheek and suck on it, and it will really get you going.” Do I detect an emphasis on “Suck on it” or is that just my paranoid mind? We’re a team. Juancho and Sasquatch, against all odds. I’m so glad my friend has caught up with me so we can finish this off together!

“Get on my wheel” he says, and I never see him on the trail again.

I am now feeling certain that I am the last rider on the course today. I haven’t seen anyone for over an hour. The sun is going down in the sky and I feel it must be after 4 O’clock. I imagine them shutting down the finish line and my friends looking at their watches and sharing worried, annoyed glances. Luckily I drove my own vehicle, and I figure they will have the decency to leave a note. Something to the effect of:

“If you’re reading this you made it back to the truck on your own, or you have already received medical attention. Way to go man! “

We hope you’re OK, call or something. We’ll be at the Pole Barn eating and drinking beers.

Mile 40 whatever: I suffer the disappointment of thinking the finish line is just over the rise continually now. The directional arrows are in disarray and I’m no longer certain I am on the right path. It doesn’t matter, there is nothing to do but continue on. As I roll through switchbacks on the top of a wide open prairie I see the impossible- another rider. “Ha-HA!” I think, “Juancho will have blood on his sword this day yet!” and I beg my legs and shivering body for all it’s got. The rider is gaining so fast I begin to think it must be a course marshall, nobody could be that fresh at this stage of the race, and I am panicked that I will be asked to give up my effort for the day.

Instead, a most curious-looking woman, shaped very similar to a potato, grinds by me on an uphill section across the prairie. I look to her eyes for sympathy and see only the evil joy of a rider who has finally, after many hours, passed someone.

Mile 49 3/4: Technically I knew I was deviating from the finish line, but you should never let the horse see the barn when he’s hungry. Rather than winding another 1,000 yards around the field and delaying my friends further, I struck out straight across it, bearing down on BLDT where I could see a few tiny figures lounging in the grass. The field was largely empty now, and the sun was low.

A smattering of cheers arose as I fell from the saddle. All sins forgiven now, all scorecards tallied.

← A Pause for our Sponsors
Rust Never Sleeps →

7 Responses to The San Felasco 50- A Conclusion-