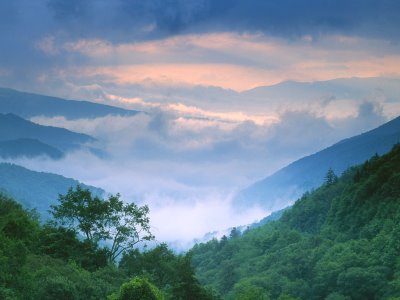 Back at the house and regretting it already.

Waking up to the roar of the Davidson River Falls in the twinkly early morning light, wading out on the rocks above the water to watch the swirling, the tumbling, all of that rushing off to somewhere going on.

Up on Table Mountain, the wind scraping across the bald top, grabbing at tents. One second threatening to blow our fire out, the next moment stoking its flames high into the night sky. WoooOOOooooooooo all night long-like a ghost.

The SNAP! of pine sap cooking in the fire.
The whirring of a propane stove frantically working on coffee.

Ka-chunk-chunk-chunk- dropping into your biggest gear at the top of the Thomson Trail at Tsali, preparing for lift-off. The wind in your ears on the descent like ripping paper. the pinging of rocks off your frame-PING!

A cooler with no more ice buried deep in the the middle of gear mountain nurturing a turkey carcass and an uneaten hunk of Stilton cheese. A mesh bag full of crusty chamois, dirty socks, and muddy shoes crammed right behind the driver’s seat headrest.

Almost stepping on a banded water snake (I think) and walking on water for a second.

The hollow POP! of a cold bottle after a hot ride.

Goosebumps running wild up and down my body after jumping in the icy river first thing after waking. Drip drying leisurely over coffee. Trying to get a rise out of my campmates by pontificating on matters such as, “You know why Erma Bombeck was so popular in the 70’s don’t you? She had the right name for the time, say it- Bommmm-Beck. It’s fun, like the 70’s.” Or maybe I would provoke them with, ” Beck is by far the best rapper in music today”. They generally had no opinion on these matters.

Another word that’s fun to say: RHO-DO-Den-DRON. Go ahead, say it out loud. It’s fun, like Erma Bombeck.

The rattle of climbing gear hanging from harnesses as we toil up the rock.

Such good fun, such a good life.