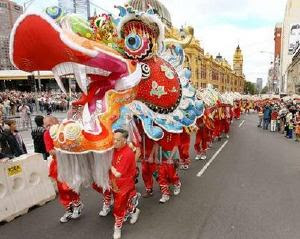 Daylight was on the wane by the time the Munson Monday ride got rolling and like usual, Mellow Johnny says, “If you want to go fast, get going” and with that about 15 riders coast into a line based on invisible negotiations and off they go. Big Worm was in a full lather when he pulled up at the trail-head so I knew better than to catch that wheel. I tailed in behind the last of the fast guys and watched the line of riders dance and bob through the trees. I stole a glance back and saw as many riders behind me as there were in front. The first time I rode with this many people it was panic city. Where should I be? Am I going too fast? Am I holding anyone up? Now it is all familiar and I get in where I fit in and make adjustments.

I chased the lead group in a 4-pack behind some well-known faces and a wild card on flat pedals wearing gym shorts. All the way to the power-lines we were in sight of the lead group and I was cozy as can be. On the first small climb the gap spread and gym shorts got antsy, asking our front rider, “Come around?” This got him a begrudging, “go for it!” which means I ain’t doing you no favors, but if you see the line be my guest. This is exactly what I would have done.

Opportunity presented when front guy got too hot under the collar and abruptly gave way. Gym Shorts lit it up and passed both front riders, one of them a well-known big engine roadie. I had misgivings about trying to ride away from that dude, but Gym Shorts would not be denied. The backside of Munson is full of long open runs of trail across flat ground. It is signature Munson forest with tall pines and wild flowers caught in glimpses as your speed reaches the high point of the ride. We were closing fast on another knot of riders when Gym Shorts asked if I wanted by him. “Hell no” I said, “let’s go get those dudes!” Gym Shorts laid into it hammer and tongs and we went by three riders on the outside edge in the grass with no time to look back. I recognized them briefly as lead group riders shelled off the back. Gym Shorts was starting to flag and I offered to spell him at the old trail-head. He gave way and I pulled through steady, trying to give him a chance to recover. He had just finished a 3.5 mile pull. He never stopped pedaling and he never let off the gas. His was the best wheel on the trail, but the seams were busting loose now. Ever the ingrate, I took one last beseeching look at him and saw his shoulders slumping. I stood up on it and chased a flash of blue far up the trail. There was enough time to catch one more.

I buckled down and leaned into it, sprinting through the sandy sections, trees, and uphills. I heard Blue Flash blow some snot. The gap was closed by a third. I heard the snap and crashing of brush behind me and here came Gym Shorts half-crazed and off the trail, but out of the saddle determined. Blue Flash caught a glimpse of me and grabbed his water bottle cuing me to do the same. At the base of the last climb he exploded upwards as did I, timing my jump to his. My big red rig responded, uncoiling its energy into the grade. I had Blue’s wheel and I could hear Gym Shorts 50 yards back. I relented, trusting that Blue was all done- and that was a mistake. An old racer from way back, he tucked chin to chest and heaved pedals around to claim some daylight as we pulled to the bench and the waiting pack.

So much fun someone ought to sell tickets. All you folks who make it happen every week, thanks, and big props to Gym Shorts, that guy is a mule.