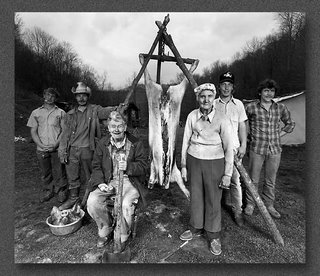 This weekend, at the 54th Annual Florida Folk Festival, we are going to crank up the family band and have a good time. Last year, the clan came from all over to join the fun. San Diego, Avon Park, you know, all over.

Last year the festival added a beer tent and after the display that went on, what with my cousin B’ conking out and rolling up in a strange man’s blanket, followed by the subsequent abuse necessary to get him up and moving again, well- I wouldn’t be surprised if they decide to just pass on that beer tent for the next 50 years or so. Speaking of things that won’t be back, Emmylou Harris is probably done with us too after this same cousin finally came around in time to bellow “Who in the fuck is Amy Lou Harris?” just as she approached the mic for her first song in front of a crowd of thousands.

My Uncle Jay, he’s a pilot, and plans on flying into the festival this year. By “fly into” let’s hope he means- ah hell, that joke is just to easy to bother with don’t you think?

Last year we rode the “Bridge to Bridge” trail along the Suwanee river and I did the whole thing blind on account of I got military strength DEET in my eyes and S’quatch just kept ignoring me or saying things like, “so your eyes are really burning then?” or “On a scale of 1-10 exactly how bad do they burn?” as though the screaming and clawing didn’t make that clear enough.

At least when the family band finally took the stage they played to a packed house. To a stranger they must have seemed like a pretty big deal, not knowing we was all related.

Stick around long enough and they will figure out how you’re related to us too. It’s not that we don’t like strangers, we just prefer family.

← Blogger Down!
These are not Black Panthers, and never will be. →