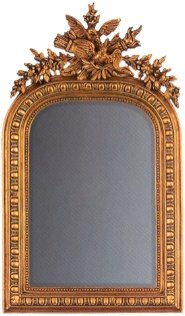 This culture of ours, this recreation equals achievement culture, would not exist but for wealth, narcissism, and the wanton misuse of free time.

Spending lots of money and time on bikes, boats, skis, and such is an incredibly self-indulgent act. Not much is said about it, but it is unavoidable to see- we are a selfish breed, nothing more than a leisure class. Your time splits in the 10K would not be so important if there was wood to chop, a cabin to defend, or an elk needed skinning.

There is a limit to the amount of energy you can expend in a lifetime, and a limited amount of time in which it can be expended.

This energy we use turning pedals, these hours we spend in the saddle, it serves nothing and nobody save for ourselves. Blasting out a four hour ride, campaigning to be mayor of Hammer City is the energy equivalent of spraying champagne in the air. The irony comes with the feeling of holiness that accompanies me on a 30 mile jaunt through the forest. Is it truly a service to appreciate and enjoy wilderness? Riding the two lane backcountry highways does what? For whom?

It’s OK. There are many other gluttons out there besides the cyclists. Snowmobilers, people who love coffee shops too much, play Capoiera, take Pilates, hoard wine for purpose of discussion, or rave about the biting taste of Arugula. Whaaaaatever.

Cyclists have no need to feel more humble than anyone else who devotes a large amount of time and energy to a self-indulgent pasttime, like people who watch LOST.

Even the bicycle commuter, bhodisatva of our milieu, is not exempt. One Less Car you may be, but our lives are surrounded by products and services supported by fossil fuel and coal power. Riding your bike to work is more statement than effective mitigation. Besides, you get to ride your bike, which you like, not to mention the smug harrumphing to be done along the way.

No Sir, No Ma’am you ain’t special and neither am I. We go to work, or not, and at some point in the day we change into our superhero clothes, just like children going out to play after school.

Into the realm of the imaginary we soar.

← Le Tour
I got your Tour right here →