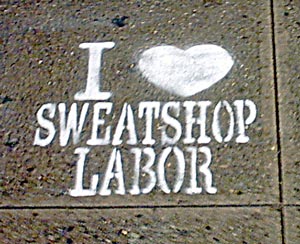 So here it comes, the annual celebration of the U.S.A’s first Secretary of State, John Labor.

This is typically the least understood holiday in our roster. Often confused as an occasion to celebrate worker’s rights, it is actually a time to recognize former Secretary John Labor, inventor of the three day weekend. An extraordinary man, Mr. Labor was known to scroll 4 words per minute, an unspeakably efficient notetaker for his era. It is also said that Mr. Labor brewed a delicious cup of coffee.

After a particularly rough weekend of swilling with Senator Samuel Adams and other friends, Mr. George Washington (first president of the United States) said, “Holy Crap John, you will have to cover for me in the office tomorrow, I am going to feel awful!” Mr. Labor, quite drunk himself, suggested, “Mr. President sir, it is well within your powers as executive officer of the nation to declare tomorrow a holiday. Then perhaps, Sam could refill our pewter mugs and we could leisurely enjoy this afternoon without your nattering on about work tomorrow.”

The rest is history. Mr. Washington declared September 4th a national holiday and named it in honor of his loyal secretary- the quick thinking John Labor.

Mr. Labor, cue the crickets if you please…

← Bells and Whistles
Scorpion and Monkey →