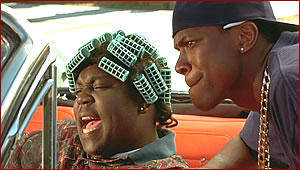 Mr. Worm,What psychological disorders does one need to posess in order to be a member of your crew? Also, are there any that would exclude someone from your crew? Please respond in two parts.

So now someone wants me to define our little group of miscreants. Our various disorders vary widely. We’ve got a couple of Napolean complexes, at least one clydesdale who eats to find love, a certain anal retentive artsy cat, another who came from a large group of siblings, that now has a horrible case of the “Look at me! Look at me!”s. Point is, these days, most everyone can find some sort of psychological disorder, tailor made for their unique quirks. Our crew has a fabulous mix of quirks, and like any fine recipe, when the right mix occurs, fireworks may result. For example, mix in one “left wing, By God this is how it should be!”, with one part right wing “Save the world and be nice to the less fortunate.”. Then throw in two Napoleanic agitators, who circle the ride chattering away with styles similar to Chip and Dale on high speed! The rest of us just sit and watch until the show really starts! It’s more the rule than the exception that eventually someone will dive off on another trail, sputtering about why in the hell do they ride with so and so, and how they are never coming back! Inevitably though, that same person will be calling around two days later so as not to miss the next episode of Days of our Rides! Now that I think about it, I think that basically the entire group suffers from tremendous case of Soap Opera Syndrome, or maybe it’s just too much Drama-itis.
As for exclusion, are you kidding me?! Any half sane, half wit would have enough sense to steer clear of this quilting bee of old ladies just poppin’ off at the jaws!! However, if you just can’t see the light, it’s probably because you didn’t turn it on yet. So come on out to one of our night rides, and one of us will show you where the switch is. Hopefully your own personal disorder will allow you to be on a couple of rides before it’s your turn to shoot off on some tangent trail, where all the way into the distance we’ll hear the familiar sounds of muttering…..insensitive schmucks!……. I don’t know why the hell I ride with these guys……never coming back………wonder where they’re riding thursday…..

Thanks for doing some heavy lifting Big Worm,

← World of Wheelcraft
The Dong Man →