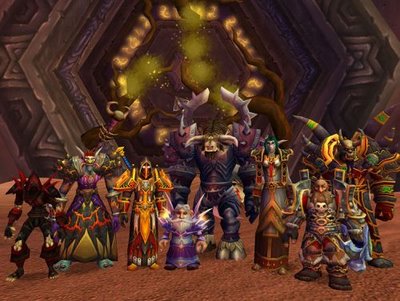 As if responding to some tectonic allure, members from various far-flung tribes converged on All-Saint’s Cafe yesterday morning at the chilly, bleary-eyed hour of nine. There were Sleestacks alongside the Marshall Family, Rhino Beetles and Waterbugs, 1 x 1’s, 2 x 9’s, and 3 x 6’s. There was cotton thermals riding with lycra. Bike church devotees as well as the Agnostic (ride slow and leave at noon) crew.

I would not have been the least surprised to see a platoon of Mormom missionaries ride up, in fact, shame on them!

The rollcall of riders known to this blog along was substantial although the mythic man-ape has truly become an urban myth again on knobbie tires. No comfirmed or rumored sighting since??? Anyone venture a guess? Mystery and Hambone were also AWOL, both calling their own variance of a “social” from festivities the night before.

Bigworm, The Wrecking Ball, Tally Flasher and the rest of their dirty crew showed up which should have spelled disaster right from the start, but didn’t. Then there was the whole, “I’ve been riding mountain bikes since they were actually made out of mountains” crew. You can’t argue with them either.

Then there was me, you can certainly argue with me, any time you want punks.

Since I’m writing this at a slower pace than I actually rode yesterday I will try to dip into my big bag of courage and forge ahead. Our destination was about 15 miles away by town and country and our chances of arriving in a cohesive group were going off in Vegas at about 20 -1.

Yet something happened. Like a patchwork crazy quilt, we hung together, and it was warm and cozy, and you could hear the refrain of Kumbaya drifting along our ragamuffin singletrack peloton all the way to Tom Brown Park- where things degnerated into a terrible brawl.

Not really, that was a joke! Gotcha didn’t I?

So yes, we all arrived at the Pedrick Greenway more or less intact. We lost one to a mechanical and another to babysittin’ but otherwise we rolled up 20 strong, where our ride host had parked his truck and a cooler full of goodies (not beer, dude no beer? what were you thinking!)

This is where I must state for the record that I declined to extend the ride with the Bigworm crew and if I do not self-disclose this fact then BW himself will most likely adress it and I can’t have that. Juancho turned around and rode home, skipping the additional 18 mile option. Whoop-de-doo OK?

So there you go, an honest to God ride report for once. Now I must consult the oracle and address your meaningful questions from Friday. That should take about 20 minutes.

Don’t forget to sugar the bit this morning,

4 Responses to World of Wheelcraft