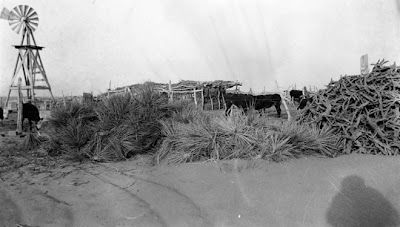 I was talking with Mel(not his real name) the other night about why young people move to sketchy, dangerous, over-priced neighborhoods in NYC in an effort to live a more real existence. Maybe it is the age gap starting to show through like a carefully combed-over bald spot, but to hear young white professionals discussing why they carry a blade on their commute commenced our Generation X eyes to rolling.

Of course we are no better. During the exact same age and stage of our own development we, and near everyone I know worth knowing, were engaged in the same similar true believer questing in other venues. Dude Ranching, Rock Banding, Bosnia-saving too cool for school crunchy hipsters, that is what we were. Bike messenging, Kombucha mushroom tea drinking, first-edition only collecting, Beastie Boy sycophants, and we were proud of it.

Now, it has all been done. Back to the landers, Swing era revivalists, retro-hippies, neo-hippies, Alex P. Keatonists, and new urban revivalism, everything old has become old again.

Except one thing. Generations of young Americans have worn grooves like a rocking chair on a sandy floor from East to West, and South to North in search of something real, but nobody has re-interpreted that least glamorous of American traditions- the settling of the Great Plains. You heard it here first everyone, the graduating college classes of 2010 will head to the middle. Endurance sport enthusiasts will evolve into endurance farming enthusiasts; watch for the 1st Annual

With the Manatee and Grey Wolf already taken , the Giant Palouse Earthworm will become the media darling of Neo-(neo)/Revivo-Enviromentalists. Abercrombie and Fitch will re-invent the overall (with sag through window in back.)

Sod roofs will come in Pampas, Kentucky Blue, or Bermuda, and they won’t be cheap. Extreme sports enthusiasts will harness the power of tornadoes until they are a manageable risk no different than big wave kite-surfing and base-jumping (it will likely involve a combination of these disciplines.)

The new Plains Re-Settlers will spurn the under watered West, and cluck at the Northeast Urbanites whose glasses frames have finally become so heavy they can no longer look to the roofs of their re come de-gentrified properties.

Because just like us, the new Plains Re-Settlers will have figured it all out for themselves.

18 Responses to The Great Plains Re-Migration