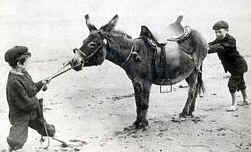 This is a shot of S’quatch trying to get me to ride yesterday morning. He showed up with a road bike, and some sort of mountain bike/grocery getter/ ” I got a DUI” type transportation. Honestly, that thing was so dirty it could have been an unassembled dinette seat for all I could tell.

It was Monday, and he spent the weekend with the sugary bit of God and Country clenched deep within his jowls. After 5 years of challenging him to play hooky he calls me out, not that he had to work himself mind you. I told him I rode SEVEN miles the day before, or as I said it, “Seeevvvveeenn frigging’ miles” to make them sound longer than they were. I was tired in mind and body, and the spirit was left somewhere in the lonely airport miles between home and the land of a bunch of lakes. He nagged and prodded while I combined my infamous deadeye with a determined glower. Lord forgive me, but I didn’t want to go for no damn bike ride.

But I did. I simply could not allow this aggression to stand. I would not be called out when it comes to skipping work so I promptly ignored the project that is likely to determine my future as a participating adult in this world and got on the Del Rey.

I’m calling it “hill work” no matter what he says.

In the end it was this cozy corner of the internets that got me off the couch.

So- what gets you off the couch?

7 Responses to No se mueve!