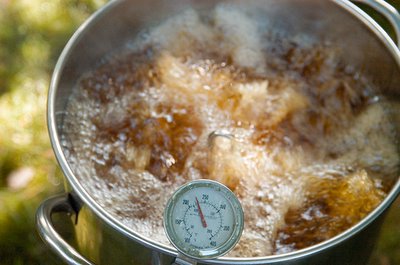 -and not Turkey, which is best when it is fried like this one.

Although the Tour de San Felasco is less than two months away, I haven’t really considered taking the necessary steps to prepare for a cold, off-road, 50 mile ride. While S’quatch trains by carving lazy figure 8’s in front of his house on his new road bike, I have chosen to ignore the upcoming event and go about my normal business of enjoying the cornucopia of pleasures life has to offer at this time of year- like fried turkey.

So yes, it was an abrupt shock to hear that the Gainesville boys were coming our way tomorrow morning for a little group ride.

Put the children in the cellar Ma, a twister’s a comin’!

Instead of sleeping in and dreaming about cake, I am going to have to get up early, in the cold, and crush the insurgency. Not to mention I will have to feed those boys, who can really pack it away. All of this has to happen early, because the turkeys will be going into their nice boiling oil bath around 3:00 tomorrow out at the Herpetologist’s compound, which is very far from everywhere. So it’s like this…If my teeth I’ll be pickin’, then some ass will need kickin’, or something like that.

Mystery, the untameable stallion, will be there, and maybe Taco. S’quatch has taken to scheduling “meetings” or something on the weekend to avoid the trails. I know, it is sad.

We will get an early start and ride much further and faster than we usually do in an effort to intimidate the foreigners and bolster our egos with a false, yet fragile, reality. If you would like to participate, send a missive to headquarters by carrier pigeon.

No other transmissions will be accepted.

3 Responses to T stands for Training