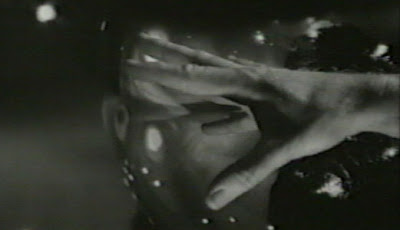 Before you go over to Bigworm’s place and read his “shiny happy people” version of the ride yesterday, you owe it to yourselves to stick with the BRC version, otherwise known as the truth.

It was a cold and lonely day in the forest yesterday, as I struggled along just out of reach of the warmth of brotherhood and camaraderie. I was the kid brother tagging along, dodging pine cones and rocks as the big kids shouted, “JUST GO BACK HOME JUANCHO OR WE’RE TELLING MOM!”

I was wearing 4 or 5 layers and carrying more just in case I had to spend the night out there (Mystery the Untameable Stallion was involved). Towards the end I was wishing I had thought to bring fuel instead and didn’t relish the thought of slurping on a corner of my polypro longjohns to obtain a few nutrients.

We rode the godforsaken Twilight Zone trail, crown jewel of the new trail initiative. With the clearcuts, the shotgun shells, the sand pits, and the whoop de doo’s short on whoop or do, it was a less than lovely tromp thorugh the forest, the sound of wheezing occasionally disrupted by a fusillade from the firing range nearby ( I hope it was a firing range, I tell myself it was a firing range).

After extended periods of solitude I would abruptly ride up on the rest of the group feeling like Tom Hanks at the reception party in Castaway. The awkwardness of socialization quickly passed as the group wasted no time once again disappearing up the trail.

I guess the good news is, they kept saying, “You’re right behind us man, you’re practically riding with the group.”