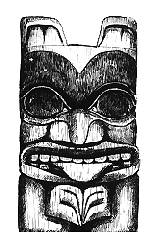 It is hard to keep up. The two-legged stool keeps me hopping. I wrote the last post before I went for a ride yesterday evening. By the time most folks read it this morning the mileage total was buried around 85 or 90 for the weekend. Tommy and I rode North last night, and it was quiet out there with some peculiar exceptions. This guy was cruising over the powerline hill as we were topping it from the other direction. We paused to chat and he mentioned that he had read some BRC that morning. He sat casually draped over the bars of what looked like a road bike to me, but I am sure others would split the cyclocross hair if I pushed the issue. “It’s got cantilver brakes and gusseted stays dude!”

I pointed out to Tommy that if you run into P-Mac on a ride, you are doing something right. We usually don’t see his kind when we’re out with the weekend warrior set. He said he was coming back from some dirt road I never heard of, Orchard Park?

After that we saw a gang of wild turkeys at Lake Overstreet and they reminded me of all my buddies who used to ride with me. It must have been the majestic bobbing and wobbling of their skinny necks.

After some testy exchanges expressed through pedals we both aborted diplomacy and begain openly shooting goo packs in front of one another, and that ain’t code! Out to Lake Jackson and all through Redbug we shellacked one another with baseball bats scarred up with protruding nails, garbage can lids, pots of boiling coffee- you name it. Despite the big day prior, I felt like I was watching it all happen from the first class section of a very fast plane.

Sure Tommy has a new baby at home, but he is a notorious competitor and strong man so I’m just saying, it was a good ride-