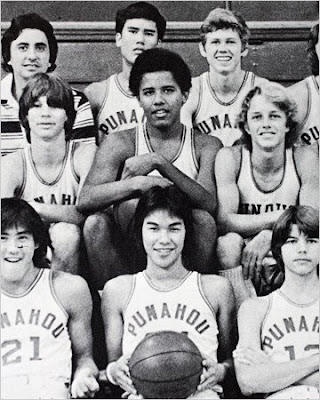 Unity, hope must conquer division, hate
By LEONARD PITTS JR.
lpitts@miamiherald.com
The killers would have worn top hats. Having already murdered 102 African Americans, 14 by beheading, they would have driven at top speed toward Barack Obama, leaning from the windows of their vehicle, dressed in top hats and white tuxedoes, firing guns.

That was the plan, according to law enforcement officials who disrupted it a few days ago. Now the alleged conspirators — white supremacists Paul Schlesselman, 18, and Daniel Cowart, 20 — are in federal custody, an appropriately bizarre coda for the presidential campaign of 2008.

I mean, it’s fitting, isn’t it, that the campaign end with yet another appeal to fear, yet another portrayal of the Illinois senator as Not One of Us? It makes sense, after two years of viral e-mails, blog postings, talk radio rants and Fox News reports depicting Obama as a Communist socialist radical Christian secret Muslim black militant-marrying atheist-raised terrorist fist-bumping America-hating Manchurian candidate trained to subvert the United States from within.

Well, if that’s what some folks think he is, let me tell you what I hope he is.

I will preface with a line from Gil Scott-Heron. The singer and poet used to say that people often asked him what he thought of the 1960s. His reply: I personally think the ’60s are over.

Me, I’m not so sure. Indeed, when I consider the four presidential campaigns preceeding this one, it’s hard not to regard them as an extended debate over that era. Those campaigns, after all, turned largely on questions of drug use, feminism, Vietnam, draft dodging, anti-war protests and other issues Richard Nixon or Hubert Humphrey would have found instantly recognizable.

I’m reminded how a young man told me a few years ago that he loathed Bill Clinton because the former president was — and I quote — ”a hippie.” I was floored. Love Clinton or loathe him, that is, putting it mildly, an unlikely description of a man who spent the hippie era as a Rhodes Scholar and Yale University student of law.

But it makes sense if you buy the premise that we have been re-litigating the ’60s here, seeking a balance of values between the freedom some of us won and the ”good old days” others of us lost, between the whispered promise of change and the shouted, strident threat.

Indeed, if you buy the premise, then John McCain’s recent attempts to conflate Obama with William Ayers are hardly surprising.

Whatever you think of the ’60s, though, one thing is undeniable: They tore us apart, ripped American society to pieces and threw those pieces in the air so they rained down like confetti, falling into new configurations, nothing where it used to be. It was an angry time, those who found stability — identity — in the old configurations fighting those intoxicated by the possibilities of the new.

Which is why some regarded the presidential candidacy of Robert F. Kennedy with such ineffable hope. His was a promise to reconcile the shredded pieces, to make them — make us — whole again. Then he walked through that hotel kitchen, and we lost everything that might have been.

Forty years later, we are still angry, still sifting through confetti pieces, trying to find a way to make them whole. And here comes Barack Obama wanting to be president.

He has an economic plan, sure. He has a healthcare plan, yes. He has a promise to end the war in Iraq, fine.

You know what I hope Barack Obama is? I hope he is reconciliation — the end of the 1960s at long last. And the beginning of something new.