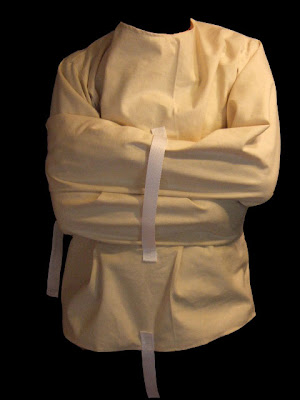 Back in the day (like three years ago) I was working the best time to work ratio of all but the trust fund class and the unemployed. A cursory review of these archives tells a story of a man golfing at one o’clock on Tuesday and riding at eleven on Wednesday. On the frequent occasion the man would travel out of town for work the site becomes a travelogue of southeastern trails and streams. The man was a showoff and a braggart with his excessive lifestyle. He would stop and ride small town 3 mile single track loops just to check them off the list. How many of you have ever bothered with the Troy State trail en route to Oak Mountain? Few.

Things have changed since then.

The election, the recession maybe, I’m not sure exactly when he began to push the pace. He worked fiendishly hoping the next accomplishment might be the one that capped the geyser and got everything marching back to a life of squandered hours.

Yesterday the man rode out of the house in a trance. He rode through the humble southside neighborhoods throwing peace signs and saluting tiny children playing in the street. He rolled into the forest and along familiar paths sandy and dusted with cinnamon and sugar. The sun went low and the shadows went long and leaning and because he rode alone he rode as fast as the wind and he rode as fast as the wind because he rode alone (if you catch my drift.)

He rode back to the house in the final dusky moment and showered with the spring air coming in the bathroom window. He put on the same dirty jeans he’s been wearing since the fourth of July and he went out and drank beer in public, among people interesting and disappointing. He toasted the moon and the stars and in general felt a little less crazy for a change.