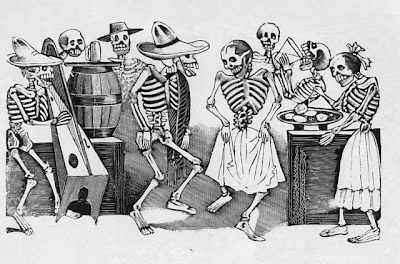 Raise your hand if you remember Sasquatch, from the early days of this site? I rode with him today for the inaugural Brunch Fandango, a genteel affair involving no dropping, no single track, and no displays of competitive spirit. It was to be a truly regal promenade above the banks of el Lago de Lafayette.

We lost each other immediately upon crossing the first major road, no more than 3 minutes from my house, our point of departure. The fault lies with me, as I proceeded directly to the trail which I had made an effort to communicate as our intended destination. Sasquatch, observing the rules of the Indianhead Acres Gentlemans’s Club, bypassed the trail due to it’s singular nature and he rolled to the bottom of the hill on the pavement, or as he calls it, the bigger single track. Away he went from there, fuming that I should disrespect the Fandango with my show of aggression! Meanwhile, patiently did I wait at the end of the trail- the same trail I had identified as our intended destination. Wait I did, like a dog left behind at the rest stop. He never came back for me.

Now set your watches for one hour and you will experience the amount of time it took for us to re-connect.

There. It was quite a long time was it not, to be wandering and waiting with no hope of locating your fellow caballero, no? Si, de acuredo, hace much tiempo sin duda. We did persist and reconvene for a tour of the Lafayette Heritage nature trail, where at least one senorita informed Mr. S’quatch that I was “beating him” as we climbed to the peak of the grand colina. Foolish girl, the Indianhead Acres Gentlemans’s Club does no beating, the rider in front is simply scouting, for the convenience of his fellow gentlemen.