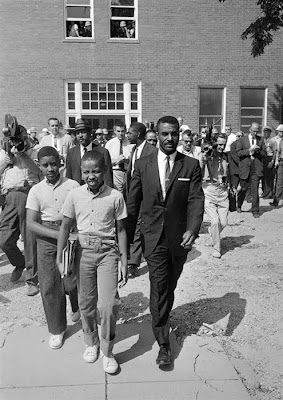 Reverend Fred Shuttlesworth got to enjoy Birmingham for 38 years without his nemesis, Bull Connor. Jailed 35 times, beaten, hospitalized, his wife stabbed, his house dynamited– nothing could stop Rev. Shuttlesworth from pursuing equality in the Jim Crow south. Birmingham is sacred ground for human rights the world over, and this is because the fight was pressed by Rev. Shuttlesworth and the Southern Christian Leadership Conference.

The founding fathers were remarkable one and all, but it is the leaders of the civil rights movement that stir my blood. We have a long way to go. Many people in this country don’t enjoy equal rights, but the manual for how to move mountains was written in Bombay, Birmingham, Selma, Montgomery, Tallahassee, and everywhere else that people took to the the streets to integrate schools, buses, and the public square.

From Cairo to Wall Street, the people united can never be defeated.