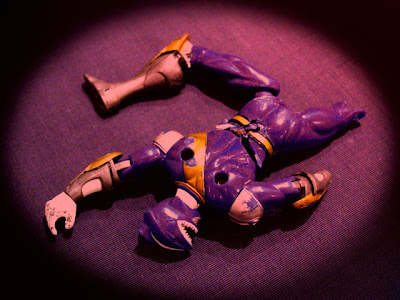 Early on in the ride I noticed a couple standing off trail looking down at a bike they were both holding by a handlebar. “I can’t ride the whole damn thing in the granny gear.” a woman said bitterly. Let that bar go and ride on I thought to the guy, but we all knew their ride was over, 4 miles into the cold day.

Crawling through the cloudy switchbacks an hour later we passed a man sitting in the dirt-his legs entwined in his frame, a knot under his eye. “I’m all right, I don’t need anything” he kept repeating to the parade of riders making lazy effort to assist. “Okay?” “Need anything?” We were all wiling to give him everything but our inertia.

A baby-faced young buck, his face a puffing red badge of courage sits sucking water in a bed of pine needles. His 10,000 yard stare looks past the trail, the riders, the whole day. He is looking deep into a future where he is a fisherman with a shining white boat trailered to his F150, a cold beer in his hand, steering out the channel with his gut on the wheel. Bicycles are a children’s toy in his world now.

The pushers, arms out far as though they can to reach the finish line sooner just by stretching a little further. The pushers are a game bunch. They compete against each other, racing to be not the last pusher. “On your left” we say, and the stoic pushers say “fuck you” with their steady plodding. “Come around if you want, but don’t touch me. I am pushing my bike and I am disgusting.”

Don’t meet their eyes, don’t get involved, just stay in the parade and pass them all by.

6 Responses to The Down and Out