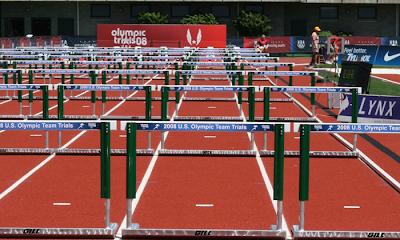 That’s what my friend, Montana Bob, would say when you whined or complained about anything. “Shut up and keep totin’.” Pick yourself up and shuffle along.

Our friend the Wrecking Ball took a slam and cracked his collarbone like a number 2 pencil over the weekend. The X-ray looks like somebody smashed a sleeve of crackers in his shoulder cavity. What can you say to a man named Wrecking Ball that he doesn’t already know? Nothing. He knows the only way out of this is through. Keep totin’ Wrecking Ball.

Our readers up north may not sympathize, but it is too damn hot down here. This state is a steam bath of hay fever and confused Camellias and we are deep in the heart of winter. I don’t like it much. Keep totin’.

My friend who suffered the horrific de-gloving of his scrotum on his inaugural mountain bike ride a few months ago returned to the trail on Sunday to lead the Robot Army, minus some ‘bots, in a victory lap. We stopped at the site of of the accident and raised a water bottle full of bacteria and soap residue to his resilience, at least that’s what mine tasted like. He crashed again, shoulder-checked a tree, and ran off the trail a couple of times, but the boy has the fire for riding. He’ll keep totin’.

With San Felasco behind me, I need a new riding goal. I’m looking slant-eyed at the Bicycle House To Hell and Back ride. That’s something like 150 mile round trip into Tate’s Hell and back. That’s a lot of totin’.

Life sets them up, we knock them down.