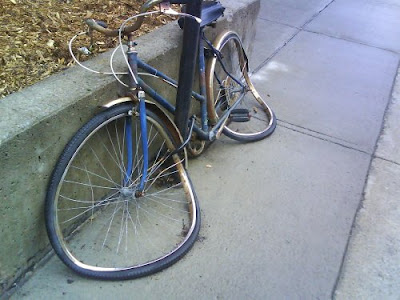 What do you get when you combine a full-time pants-wearing job, a glam-rock video shoot, and a social calendar to rival Kim Kardashian (Kimye?) That’s right, the answer is illness. The band hadn’t applied the first dab of eyeliner before I had a sore throat and shoulders full of broken glass. I staggered through the week, finally surrendering on Wednesday and sleeping for 10 hours. Some of you might remember when I slept 10 hours nightly, and took a nap from 3:00-4:15 every afternoon. Those days are over. I have a life now, more like a life and a half. My skill-set doesn’t always match up unfortunately. I failed to get the word out about a birthday party a couple of weeks ago, and inadvertently dissed a few friends. That hurts. Relationships really matter to me, and I pride myself on handling them carefully. What can I say? I’m not used to people caring so much. As a unit of 1 you have the privilege and burden of choosing to include yourself or not, but being part of a team of 2 elevates you into a whole new strata of social interplay. I’m going to pay better attention and not go with the “wing it” method that served me so well as an antagonistic misanthrope.

I am going to have an opportunity to get it right soon, as my teammate and I will be getting married soon. By soon, I mean within the next 50 or so days according to our license from the state of Florida that sits beneath our rings– one gold, one titanium. There will be a party, or a series of parties, and the memo will go out far and wide.

Aside from securing the love of my life beside me forever, the next biggest priority I have is to torture some of you with my continued hemming and hawing about a new bike. I have received some priceless emails and texts begging me to just buy something, anything and shut up about it. To them I say, hmmmmmmm, maybe I should get a road bike instead? But then what kind of road bike? I will have to do some research.

Anyway, one thing at a time, that’s what keeps me out of trouble.