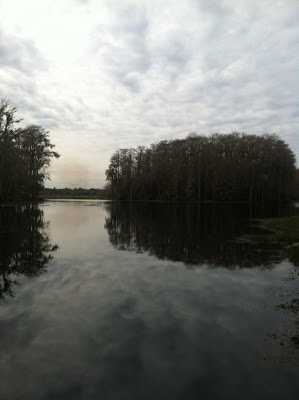 He wants to go to Montana, he said, where people get him. He talks to people here in Jefferson County and all they care about is where he is from, or isn’t from, he says. He can go to Costco in Tallahassee and speak to anybody, have a nice conversation, then it’s have a nice day and never see them again, but back here on the Aucilla River? People treat him like he’s nuts.

He sealed the picnic table with vegetable oil? None of that varnish or chemical sealants. That stuff’s terrible for you. The table smells like old french fries even though it has been out in the weather for seven years. In spite of the smell and the tacky surface, the table is bomb-proof. It’s the kind of table a king could build an empire around, or a rebel could lead an insurrection. I’m not sure which I am, but I intend to have the table with which I will lead my empire or tear yours down, whichever must be done.

I can see the hurt in this guy’s face. The discouragement and embarrassment of having left Broward county behind for a North Florida dream of land and freedom. Turkeys wander about, curious and docile. Whatever may have gone sour for him, he is gifted with poultry and takes pride in the brassy plumed Toms which eye him for a handout while we speak.

I’m holding out $100 in twenties and Steve looks at me like I’m crazy, but you can’t drive all the way out here to get a Craig’s list table and come home empty-handed. To offer less is to make this guy grovel in his defeated state and I don’t have the stomach for that. Besides, I want the table. It’s built to last.

He is searching my eyes for something, and though it pains me, I close that door and move for the van. “Thanks man, go to Montana. Worry about the details when you get there. That’s what I did.”

Of course, I was twenty-three with a couple grand in my pocket and he’s not twenty-three, with two kids (two too many he says wryly) and his sense of wonder is long trampled and gone.

Still, I hope he goes for it.