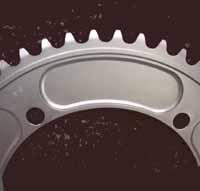 I knew it was going to be a fast ride when I hit the turn off of Waverly and banked into the park at Mach speed, narrowly threading the gap between the wooden fence and the speed limit sign. I had a smug laugh with myself about dropping everyone, and then I realized they were right on my wheel, grimly clamped like a row of snapping turtles.

The sun was warm, but the breeze was cool, and like everyone’s favorite rock star boyfriend says, ” It felt like I had no chain”. We rode north into what S’quatch described as fox country, and it is true. Rolling green fields with huge and gothic live Oaks scattered across acre after acre.

We jumped in the lake and had what is sure to be one of the last swims of the summer. We played sprint/ attack all the way back to 10th Ave. Headquarters. Absolutely fucking awesome ride.

Riverboat recently asked the question, “Why don’t you make your blog about something more than biking” and I am struggling for the right way to put this…”It’s Not About the Bike”.

Come on, that was a joke. Of course it’s about the bike. Lance doesn’t know what he’s talking about. I guess when I started this thing, which happened late one night after a bottle of Ravenswood Zin, I was reliving the glory and hilarity of the 12 hours of Razorback. The Big Ring Bakery came to mind (Our black market Boston-cream filled cupcake operation) and I thought, “What a Circus”. Boom. Done. A blog is born.

For me, mountain biking is something that I can think and write about every day, so it works. There are already too many sites out there about Sex, Drugs, and Rock-n-Roll so really, what was left? Besides, I’m open to any tangent off the trail, just ask S’quatch. I’ll take this thing anywhere you want to go. Except Politics. If you take it to politics, then pray you agree with me, that’s all I’m saying. I really lose it sometimes and I’m likely to say something nasty. I don’t want that, it stresses me out. Nobody ever changes their mind anyway, especially me. Bitch.

See? Nobody said anything and I’m already pissed so no politics.

Things you should probably look elsewhere for, (surefire blog-killers)

College football in more than a passing reference (We kicked Citadel’s ass)
goofy, zany, or madcap internet photographs.
biking as a “recreation or sport” rather than a reason to live.
Baseball- nothing sucks like baseball sucks
Politics & Religion
Dumb or Dirty jokes- I prefer my profanity to be relevant and potent.

OK? Simple enough right? We’re the “Big Tent Party”, plenty of room for everyone under the Big Top.

Now that we have that settled- who’s riding today?

14 Responses to The Cutting Edge