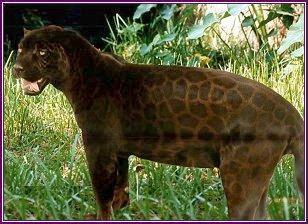 …because nobody will believe me anyway, but here’s a story for you.

Two years ago, right after I got my brand new, forest green Jamis Eureka, I rode out to Silver lake by myself. I had been out of the saddle for a while at that time, and I was woefully out of shape. Now, Silver lake is nothing special. It damn sure isn’t silver. I had it figured to be about a 26 mile round trip, along the highway for most of it. A miserable route for a miserable rider. I chugged along Highway 20, an area known locally for prolific methamphetamine production and consumption, passing the occasional: dirty diaper chucked from a window, rotting opossum bearing a bloated belly to the sun, sanskrit pattern of fried chicken bones, sun-bleached Mountain Dew cans, and broken glass ground fine-crunching beneath my knobbies.

I needed a goal, and Silver lake was what came to me. The destination was arbitrary. I expected nothing but mundane pedaling, and possibly a swim in the tannic water before coming home. I ate my lunch of two granola bars and a can of coke alongside the powerlines in the shade. I was almost to the Silver lake cut-off and feeling pretty good all things considered.

I surged with new energy as I turned onto Silver Lake road and stroked my biggest gear, gliding down the long hill which ultimately ends at the lake. In a tuck, shaded eyes peering over the handlebar, I spotted a deer in the road up ahead. No wait, that isn’t a deer, it’s a dog. A big black dog. As I got closer, I could see the swishing of a long cable-like tail as a big cat, finally catching my scent, turned to assess me. I was closing in fast, too fast to stop or slow down, and for a moment I considered the fantastic possibility of colliding with, with what? A Florida Panther? The panther-like tail, hanging low and curling at the end was distinct, and the cat stood 3 feet tall at the shoulder, but it was black. Now I’m a Florida native, growed up in rural central Florida, and I had never heard of any black Florida panthers.

I made up my mind to stay on course, hold my ground and get as close as possible to the cat, hoping it would be more frightened than provoked. With less than fifty yards between us the cat spooked and bounded from the road in two easy, loping leaps. I rolled into the Silver lake parking lot with nothing to do but turn around and head for home, contemplating the certainty that nobody was likely to believe me, already hearing my eco/biologist friends explain away what was obviously a full grown black panther roaming the scrub oak and trailer parks of the Highway 20 scene.

Stealthily yours and glad to be back, Juancho

13 Responses to I shouldn’t even bother…