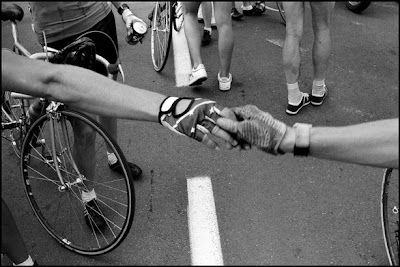 Yes. I am aware that it is a road biking event- and yet still the most moving of human dramas, a myth alive in an age of postmodern disdain for the grand gesture.

I have no idea or opinion as to favorites, the changing teams, and the bottom-dealing shenanigans of all involved. I do think Don King needs to step down as Tour Director. Whatever. None of that matters.

So yes, on the eve of our nation’s day my thoughts are elsewhere.

My thoughts are with Alexis de Tocqueville, who was french but thought always of America.

The greatness of America lies not in being more enlightened than any other nation, but rather in her ability to repair her faults.

I feel exactly the same way about his nation’s bicycle race.

Saturday at 8:30 A:M EST I will be watching, and pulling for one doomed for heartbreak sucker after another who sets his cap for victory.

Because this time one of those guys gets to win it all.

2 Responses to The Great Paradox