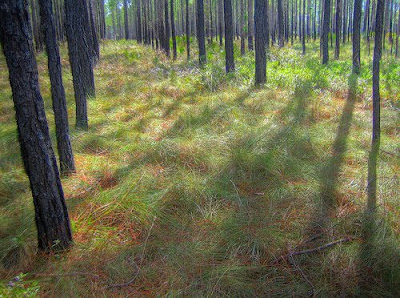 Prana is not the mind or the soul, but is rather the force or energy through which the soul manifests activity, and the mind manifests thought. It is the steam that runs the physical and mental machinery of life.

I stole away to Munson this afternoon to learn about the Prana.
Hambone met me at the trailhead- both of us somewhat frazzled from what feels like an accelerated life pace, as if when the arc of history bends towards justice the resulting parabola produces more friction, more power, more prana.

Wait. Maybe that is not the Prana at all. The Prana is thick in the forest apparently, I have that on good information. Does the Prana also exist in a cramped airplane seat by the shitter at 37,000 feet? Does the Prana exist equally in curious little boys and old and weary dogs?

All I know is it is thick in the forest.

Riding the last of the light down into the pine needles I was tempted to close my eyes and let the Prana take over. Propelled by a couple of yogi jockeys on my wheel I entered a transcendent state. I’m being serious here, which is hard after developing a carapace(hold on not carapace)instead let me say a bowsprit of cynicism because after all- I lead with it rather than lurk behind it.
As I said, I entered a transcendent state. Hands and feet humming, guttural breathing, absence of pain, hunger, or thirst. No longing. No what next.

The Prana (is that the Prana or what?)

14 Responses to The Prana